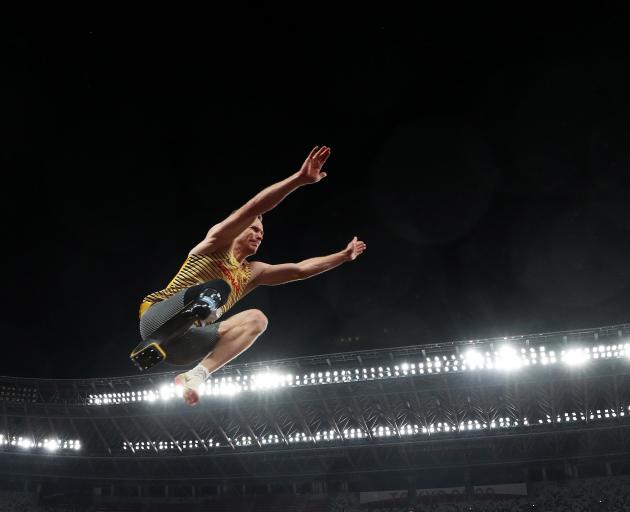 Choose your adjective and let it sit happily on the Paralympics, a sporting event like no other that never fails to educate and enlighten.

Sport is about winning, yes. And there will always be most interest in the absolute elite (read: able-bodied) level of sport.

But for sheer passion and determination and pureness of spirit, you probably can’t beat what we’ve been witnessing in Tokyo.

The Last Word was in a good mood. Then they released the format for the new Super Rugby Pacific competition, and he turned into the Hulk.

I want to give it a chance, I do. I want to appreciate the positive things — no more games in the middle of the night, the correct number of teams (12), one normal points table, the welcome introduction of the Pacific Island teams, the (fingers crossed) chance they might find a format and stick with it for longer than two years.

But the nonsense threatens to outweigh the good stuff.

I speak, of course, of the Mickey Mouse draw and of the playoff rules.

All teams play each other once — that is good, and sensible.

Then all teams get three random extra games.

Eh? You’ve immediately made it weird (teams/fans won’t know year to year who they are playing) and potentially hugely unfair.

It has clearly been designed to help the floundering Aussies get a leg up.

As for the playoffs, give me strength.

No proper elite sports competition in the world would let the eighth-placed team in a 12-team competition not only qualify for the playoffs but have to do the same thing (win three games) as the No1 team to win the title. Madness.

Some people will say it is political correctness gone mad.

I think it might just be madness gone mad.

I do hope the recent palaver over consideration being given to abandoning the nickname of the New Zealand men’s football because of some imagined offence does not lead to an insane decision being made.

They are the All Whites. Named for their shirt and as a fun accompaniment to the All Blacks.

There are things we should absolutely fight to get rid of or improve in a progressive world. This ain’t one of them.

I know I promised not to write about my beloved Oamaru every week but it was nice to revisit the story of its favourite sons recently.

Moana Smedley, wife of rower Bill, has published a book called The Oamaru Four that reflects on the extraordinary achievements of Bill and his mates Win Stephens, Keith Heselwood and George Paterson.

The Oamaru four swept aside all comers in the early 1960s and were chosen to row for New Zealand at the 1962 Commonwealth Games in Perth, where they won gold.

Moana’s book has some lovely tales of the Rusty Robertson-coached crew and their early adventures, as well as lots of cracking images from a glorious era of Oamaru rowing.

In the book about the Oamaru four, there was reference to a rowing trophy called the Hallyburton Johnstone Cup.

Intriguing, as most of us are aware of the Hallyburton Johnstone Shield, awarded to the New Zealand women’s domestic cricket champions.

Turns out old Hallyburton (great name) was born in Raglan, was a member of Parliament and farmer, and served in the army during World War 1.

Not sure what his specific link is to either sport.

We recently wrote of New Zealand softball greats Travis Wilson and Rhys Casley being inducted into the ICS Hall of Fame, and mentioned other Kiwis to have been so honoured.

Debbie Magan contacted me to advise we had omitted her late husband, Paul, who was inducted with ‘‘Sioux City, Iowa’’ next to his name but was very much a New Zealander.

Paul was a rock star, originally from Tauranga, who played for New Zealand in the 1980s before heading to the US. He was killed in a car crash in 1990.

I should also clarify the ICS Hall of Fame is separate to the World Softball Hall of Fame, which also has a bunch of Kiwis in it.