Courtney Duncan cries after winning her first Women's World Motocross Championship after racing in Turkey. Photo: Anadolu Agency via Getty Images
Courtney Duncan has done it. After heartbreak in previous years the Dunedin-based rider from Palmerston has been crowned a world champion.

After a dominant performance all year, Duncan (23) finally reached her goal by claiming the 2019 Women's Motocross World Championship (WMX) title. 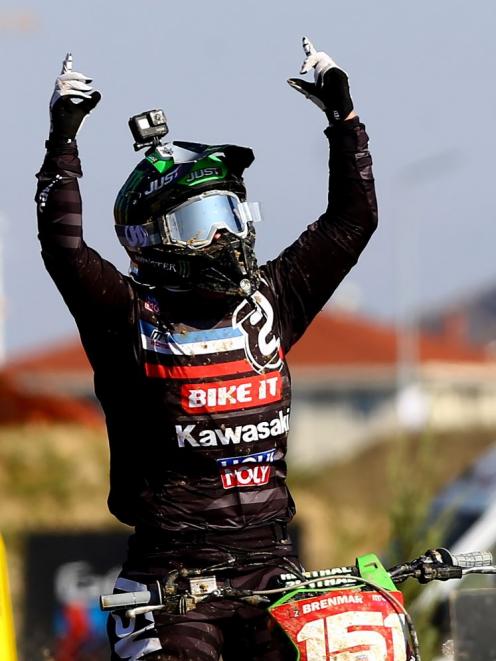 Courtney Duncan celebrates after claiming the Women's World Motocross Championship in Turkey. Photo: Anadolu Agency via Getty Images
Duncan easily won the second-last race of the season in Turkey on Saturday night (local time), her eighth win in nine races so far this year, by 12 seconds.

With this win, she had already done enough to secure the title despite there being one race yet to run.

She extended her lead to 31 points and with a maximum of 25 points being on offer in the final race, none of her competitors would be able to get close.

After taking out the title, Duncan said she didn't know how to describe how she felt about her win.

"The journey to get here has been tough.

"After winning my debut race, I felt like I could do nothing wrong. It's been a downward slope since then and this year we changed it and we turned it around.

"We made it happen and it feels amazing."

Duncan had faced a run of bad luck over the last couple of years. Previous campaigns for the title had been quashed by a controversial jury decision which snuffed out her chances two years ago. And she could have almost coasted to victory last year but had to pull out of the series with a foot injury.