Netball: Next month Watson's chance to show how good she is 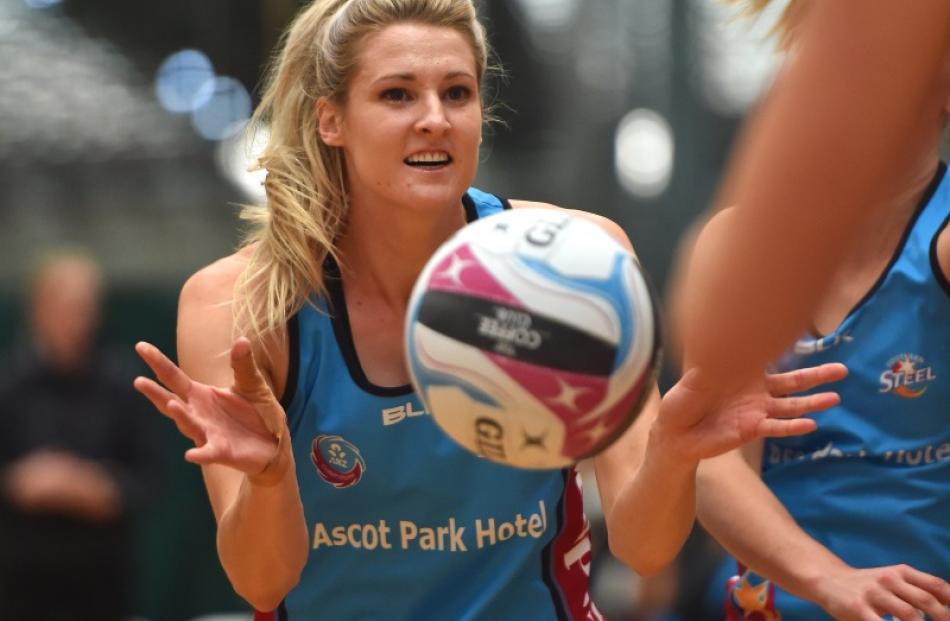 The next four weeks will provide an indication not only of how good the Southern Steel is, but also whether one of its best players has what it takes to step into the test arena, former Silver Ferns coach Yvonne Willering says.

The Steel faces matches against three strong Australian teams over the next month, starting with the Firebirds in Dunedin on Saturday, and Willering said those encounters would act as virtual trial matches for players on the fringe of Silver Ferns selection.

One of those players will undoubtedly be defender Jane Watson, who shapes as a prime candidate to fill one of the four spots still up for grabs for the upcoming international season.

Netball New Zealand contracted 15 players out of a possible 18 in December last year, although captain Casey Kopua later withdrew as she is pregnant.

Watson has been in dynamic form for the Steel so far this season, contributing 18 intercepts, including seven in one game, and 41 deflections.

That puts her in the top six in both categories in the ANZ Championship, alongside the likes of Mystics and Silver Ferns defender Anna Harrison.

Watson, who played her 50th ANZ Championship match last weekend, has produced some outstanding defensive plays this year and has been one of the keys to the Steel's nine-match unbeaten run.

But, as Willering pointed out, the 26-year-old's real test will come in the form of games against the Firebirds, Vixens and Swifts over the next four rounds.

When asked how she thought Watson would go if she was asked to suit up against the Australian Diamonds tomorrow, Willering reserved her judgement.

"I'll let you know after seeing her against those Australian sides.

"Defensively, we've got quite a strong outfit in the Silver Ferns at the moment, so who do you kick out in order to put her in?

"She's been playing very well and I'd think she must have caught the eye of the selectors, but it's whether there's a spot for her in the framework.''

The Steel, with eight wins and a draw from nine games, had played as a team this year and that often made it hard to single out individuals who were playing well, Willering said.

"In losing teams, you can at least pick out a player who is contributing.

"But in a winning team, often it's the culture and the team effort that's the reason they're doing so well.''

Harrison has been named alongside veteran Silver Ferns pair Katrina Grant and Leana de Bruin, as well as uncapped players Jess Moulds and Storm Purvis, in the national squad.

Sulu Fitzpatrick (Mystics), Phoenix Karaka (Pulse) and Zoe Walker (Tactix) were named in the development squad, while Temalisi Fakahokotau has earned two Silver Ferns caps, so there appear to be plenty of players in front of Watson.

However, that could have changed in the past nine weeks given the former Tactix player's dominant performances in what has been a breakout season.

If Watson can continue to stand out in the next few weeks, she will give herself every chance of adding her name to the national squad later this year.

She will also give the Steel a golden chance of claiming some big scalps during the remainder of the season as it prepares for a home playoff match against the second-placed New Zealand side next month and, possibly, a home semifinal a week later.

Goal attack Te Paea Selby-Rickit also has a lot to play for after she was named in the development squad in December.