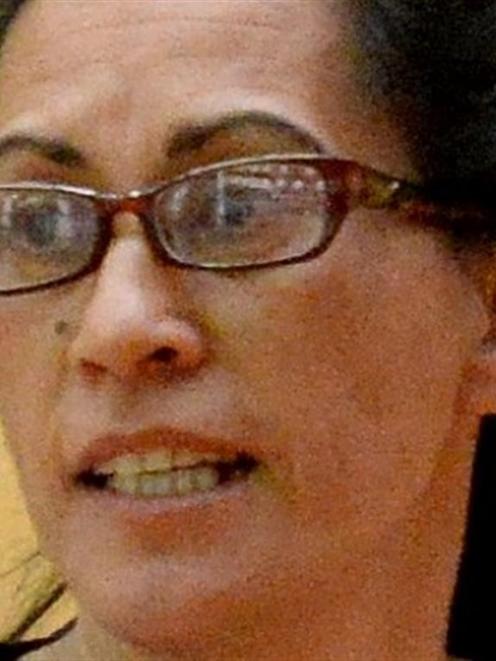 On a weekend when two New Zealand sides took a pasting in Australia, albeit against stronger opposition, the Steel flew the New Zealand flag by recording just its second win on Australian soil, downing the Adelaide Thunderbirds 69-54.

Like the previous week against the Fever in Invercargill, the Steel's win in Adelaide was again based on a dominant second-quarter period, in which it extended an 18-17 lead to a 29-20 buffer by capitalising on crucial turnovers.

The win extended the Steel's lead at the top of the New Zealand conference to six points, although the second-placed Tactix will get a chance to close that gap when it plays tonight.

The win was the Steel's second in 22 attempts in Australia, but coach Noeline Taurua said the result was no more special to the team because it was achieved overseas.

"It's showing us that what we're doing week-to-week off-court and in training is beneficial for us out on the court, and it's working.

"We're pretty proud of coming over here and putting a performance out there which I thought, for the most part, was quite strong and quite tenacious and, at the end of it, allowed us to let the ball go and start to play with some flair.''

Towering Jamaican Jhaniele Fowler-Reid, already the tournament's leading goal-scorer, took on even more responsibility yesterday to counter the absence of Te Paea Selby-Rickit for most of the match.

Selby-Rickit had been battling a foot infection and only intensive work from medical staff enabled the goal attack to suit up for the game.

She entered the match at the start of the fourth quarter for Brooke Leaver, who never quite looked comfortable in the face of some huge Thunderbirds pressure.

Leaver put up only nine shots and missed three as Fowler-Reid took the game by the scruff of the neck.

The unstoppable Jamaican slotted a massive 60 goals in the match, five behind her career-best performance for the Steel.

The tension in the match evident in the first three quarters was washed away in the final quarter, as the Steel ran away to turn a 49-39 advantage into a crushing 15-point win.

Taurau was not surprised by the ease with which the Steel finished off the Thunderbirds.

"For the first three quarters, we had to weather the storm and play simple, basic netball, then we were able to open up.

"And I think that coincided with Te Paea coming on as well. It was absolutely lovely to see some of that netball out there.''

The visitors shot out to an early 10-3 lead and had a 13-7 advantage with a few minutes left in the first quarter.

But a couple of turnovers from its own centre passes allowed the Thunderbirds back into the game, and the home side took full advantage as they added four unanswered goals.

The teams then traded goals and the Steel took a slender 14-12 lead into the first break.

The Thunderbirds were tenacious in mid-court but the Steel mostly had answers on offence.

A Steel turnover to start the second quarter allowed the Thunderbirds to tie the scores 14-14 but that was the only time the Steel didn't lead.

The visitors were given several breaks in the latter half of the second quarter and took advantage of all of them to open up a nine-point lead.

Jane Watson and Storm Purvis both pulled in crucial rebounds and Fowler-Reid took full responsibility at the shooting end.

She missed just four of 33 shots in the first half, and collected rebounds off all of them.

The Thunderbirds suffered a blow when English international Jade Clarke left the court, but she returned later.

The home side then made a surprising move by subbing Australian international Erin Bell for Stephanie Puopolo at goal attack at the break.

Goals were traded throughout the second quarter as both sides looked desperately for an advantage and the Steel edged to a 49-39 lead at the end of the third quarter.

The floodgates well and truly opened in the final quarter, though, as the Thunderbirds' effort fell away and the Steel romped home in a ruthless finish.