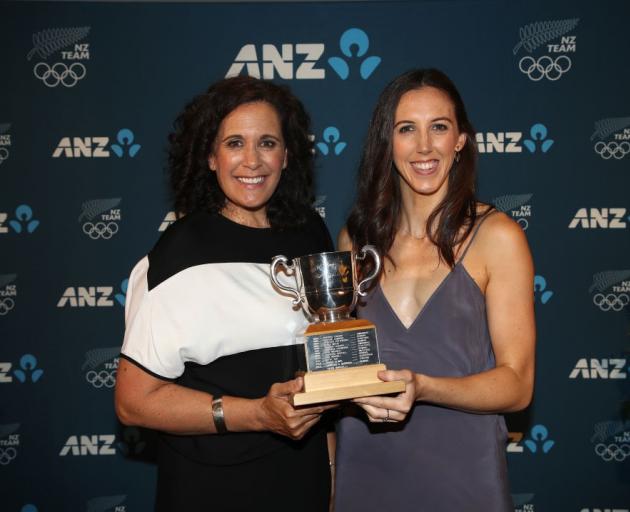 The netball world champions were presented with the Lonsdale Cup at the Olympic Gala in Auckland last night.

It is the New Zealand Olympic Committee's most prestigious award, presented annually to the athlete or team that has made the most outstanding contribution to an Olympic or Commonwealth sport.

In 2019 the Ferns beat Australia 52-51 in the final of the Netball World Cup in Liverpool, England.

“Well done to the Silver Ferns who are deserved winners of the Lonsdale Cup,” said Smith.

“The Netball World Cup win united the nation and inspired athletes around the country.

"The team is generous and community focused, and are fantastic role models for girls and young women. I congratulate them and thank them for their contribution."

Minister for Sport and Recreation Grant Robertson presented the historic cup to Silver Fern Bailey Mes and Silver Ferns assistant coach Deb Fuller, who were in Auckland for the black tie dinner.

Silver Ferns head coach Noeline Taurua earlier was humbled with the award which she described as a privilege and honour.

“I would like to acknowledge the wider netball community who contributed to the Ferns success at the Netball World Cup and thank the New Zealand Olympic Committee for this special award.”

“It’s been a massive year of Netball and it’s been 16 years since we last won a Netball World Cup, so to receive such a prestigious award as the Lonsdale Cup is a special moment for New Zealand Netball.”

The Lonsdale Cup was first awarded in 1961, with Sir Murray Halberg the inaugural recipient.

Since then it has been won by a host of inspirational New Zealanders who have represented our country with pride and passion.