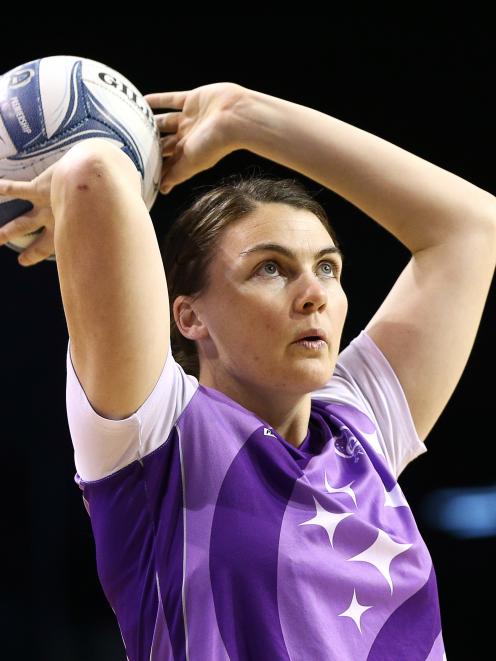 It has been a tough season for the Steel and the challenges keep mounting.

The Steel has already lost two shooters for the season and the third is hobbling around on a dodgy ankle.

Earlier this week Trinidad and Tobago international Kalifa McCollin was assessed as having a 50:50 chance of playing in tonight’s match against the Stars.

The latest word on the key player suggests she may start from the bench and perhaps play a more significant role in the Steel’s match against the Magic in Hamilton on Monday.

The plan has not been inscribed in stone. But if she is missing for at least part of the game, the Steel will lean on a new combination to score.

Both former Silver Ferns shooter Ellen Halpenny and training partner Kiana Pelasio have joined the squad in the past month as cover for injured players Jennifer O’Connell and Georgia Heffernan.

They were confirmed as permanent replacement players for the remainder of the ANZ Premiership season just yesterday.

Halpenny, who played seven tests for the Silver Ferns, said that while her return to elite netball had not been planned, it was exciting to be back on court.

“I’ve been watching it and I think the girls are incredibly fit and the games fast and it’s just so exciting to be here," Halpenny said.

“I never thought I would put the Steel colours on, so it’s actually quite a privilege to be able to do that," she said.

"I am still a full-time police officer, which I’m loving, so I’m really privileged that the police have given me the flexibility to be able to play.”

Both the Steel and the Stars have been off the pace this season. The Stars are in fourth place on 17 points and a place in the ANZ Premiership final looks to be a bit of a stretch.

The Steel is one spot back with 14 points.

The teams have played twice this season and have had a win apiece.

The key for the Steel will be to dominate the exchanges in the midcourt.

Saunders has been in exceptional form of late. Together they get through a heavy workload.

The Steel is coming of a decent win against the Mystics. They snaffled a lot of turnover ball.

The Stars are on a four-game losing streak, which they will be keen to arrest.