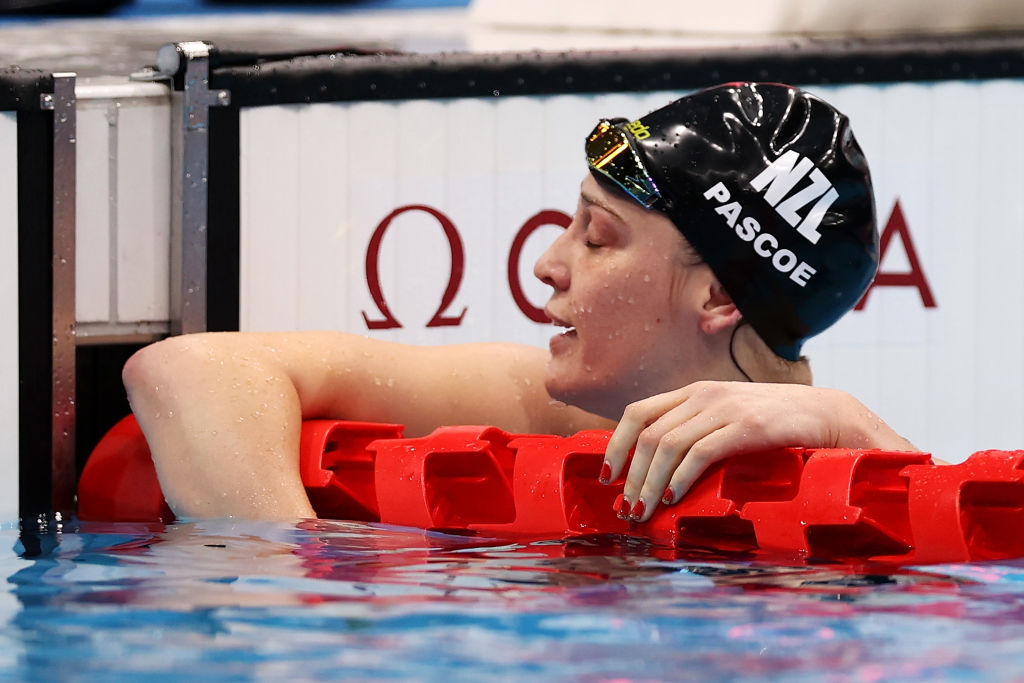 Pascoe led the field at the turn after an impressive start, but was chased down by American swimmer Hannah Aspden.

Aspden eventually won the gold in a time of 1min 09.22sec with Pascoe taking bronze in 1min 11.15sec.

Spain's Nuria Soto picked up the silver to complete an exact replica of the standings after the heats for this event.

Pascoe, New Zealand's most decorated Paralympian, faded fast over the final 30m of the race and her time was slower than her heat, but will no doubt still be happy with her first ever bronze medal.

She has already won a silver at the Games in the 100m breaststroke SB8 event last week.

The 28-year-old has three more events in coming days: the 100m freestyle S9 tomorrow, the 200m individual medley SM9 on Wednesday and the 100m butterfly S9 on Thursday.

After a slow start, Reynolds did well to pick up two places over the final 50m to finish in sixth place in a time of 1min 04.60sec - just 0.02s outside his personal best time.

That's also a one-place improvement for Reynolds compared to Rio 2016 in what was a commendable performance.

Gold went to world record holder Bogdan Mozgovoi of Russia in a time of 1min 01.96sec.