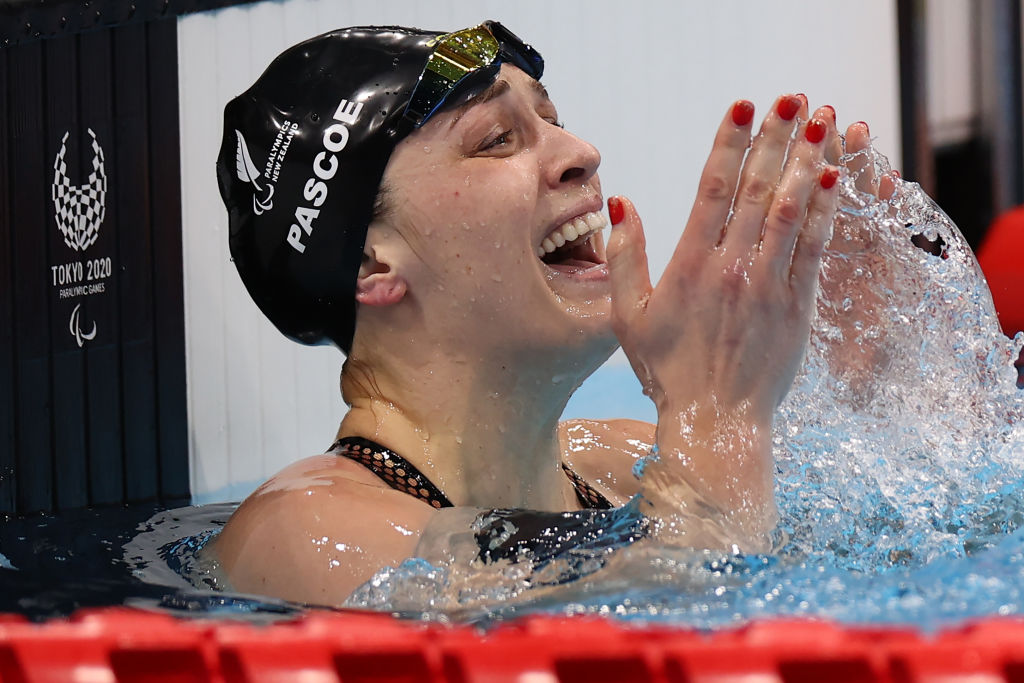 The 28-year-old from Christchurch has already won a silver and bronze in the pool in Tokyo.

Pascoe is the current world record holder in the S9 100m freestyle, but earlier today qualified third-fastest in a time of 1min 03.75sec - almost four seconds slower than her best.

In tonight's final she was slightly slow off the blocks, but took the lead after 30 metres and had a body-length lead at the turn.

Despite slowing over the final 25 metres she held off the charging Spaniard Sarai Gascon and Brazil's Mariano Ribeiro to win in a time of 1min 02.37sec. 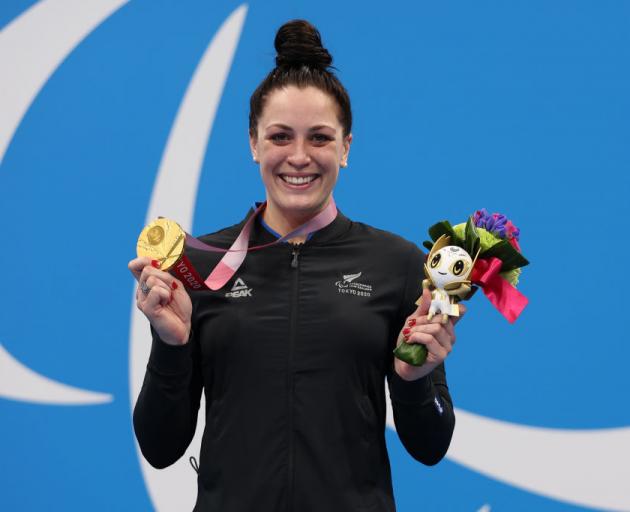 Sophie Pascoe has now won gold, silver and bronze in Tokyo. Photo: Getty Images
Pascoe told media after the race she had no idea she'd won when she touched the wall.

"It was pretty special. I just followed the race plan, it was to keep the stroke rate high.

"Performance-wise, it wasn't my best performance. I'm not gonna lie, I was pretty nervous about going into this one, knowing the depth of this class now - it's just grown so dramatically.

"I had no idea, when I touched the wall... to see that time was just relief, massive relief."

Less than 40 athletes have won 10 or more gold medals at summer Paralympics.

Pascoe, New Zealand's most decorated Paralympian, has also won seven silver and one bronze in her career, bringing her tally to 18 medals.

She will have two more chances to add to this in Tokyo: the next being in the SM9 200m individual medley tomorrow before the 100m butterfly ends her hectic schedule on Thursday.