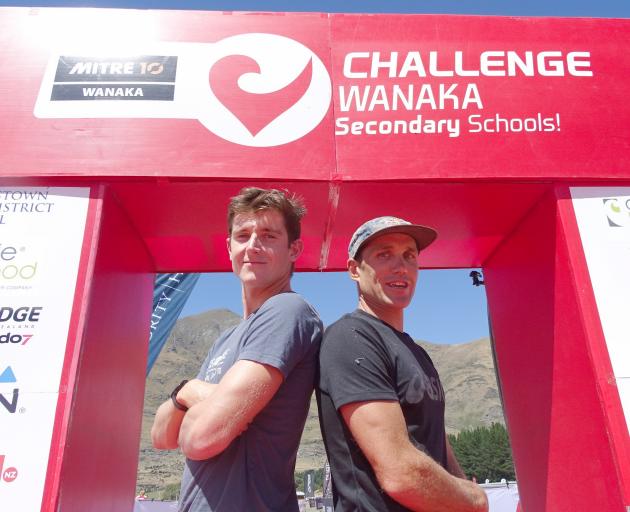 Currie is the defending champion but Smith has beaten Currie the last two races at home.

Currie said his preparation for today’s race had been "really good", although he admitted he had been more focused on training for the Iron Man NZ in two weeks.

"This has been the last big week of training for me and I definitely have not had a big time to freshen up for this one, but it will be just be fun to get out there and have a big hit-out.

"I know the course really well and I know my competition really well, and it is going to be good tough racing and very close racing.

This year’s Challenge Wanaka has moved to Glendhu Bay in West Wanaka.

It will utilise Glendhu Bay for the swim leg, the road from Glendhu Bay to the bottom of Treble Cone skifield will be lapped, making for a safe and secure road ride without the dangers of traffic, and the Bike Glendhu Bike Park will host the run up its scenic and pristine tracks.

Currie imagined the course would take a lot out of people because "it was a very pinchy bike course and it was going to end up being a tough run because of how hard we will go on that bike ride."

Smith said his biggest fear was the course getting the better of him.

"It is a pretty tough course they put out here. The run course is pretty brutal.

"I guess Braden knows how to pace it better than I do. He knows where the pinch parts are and he knows when to let up, whereas I am new.

" I have not even seen the course yet but in the end the strongest athlete wins on the day, although having that knowledge obviously helps."

Smith said he and Currie were fierce racing competitors but were great mates at other times.

"We are friends off the course. In fact, when I was a younger man and got kicked out of accommodation in Boulder, Colorado for various reasons, Braden took me under his wing.

"There are no egos in this game," Smith said.

Currie has been racing professionally for 10 years and said not competing in the northern hemisphere last year gave him a chance to reset and refresh.

"For me, I’d like to do another three years of racing, which would make me 37, and I will see how I am then. But for the moment, I have pretty much signed on my contracts for the next three years."

The race starts soon after 7am.