Local Heroes: Volunteering a responsibility to the community 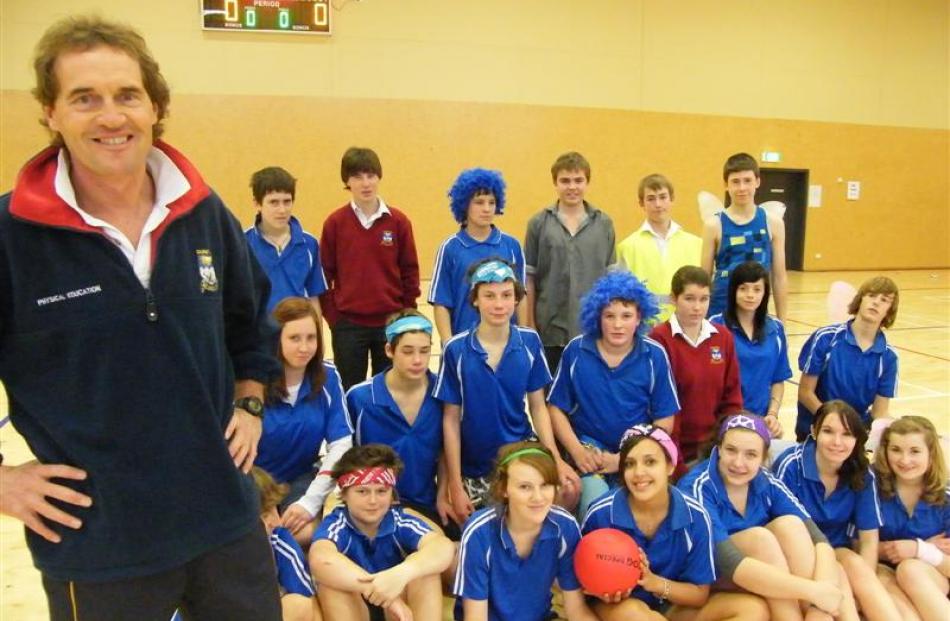 Alan Hamilton with year 10 Dunstan High School pupils who have been competing in a futsal competition. Photo by Jenny Collier.

Alan "Bones" Hamilton has been volunteering his time for 33 years because he believes it is his responsibility to his community.

"I realised early on that I had some ability in sport and I love working with people. I realised that was something that needed to be shared," he said.

The Dunstan High School assistant principal said the most important thing was "engaging with and connecting with the children, basically getting them to believe in themselves".

He said he loved making a difference with children and seeing them reach their potential. He said he would coach anyone if they were keen.

The coaching never stops for Hamilton. Winter is quieter but, as the weather gets warmer, more of his time gets devoted to coaching. From September to April he coaches for a couple of hours a day, every day.

He not only coaches children, but also coaches their parents on how to help their children train.

"You don't have to know a huge amount about the activity but encouragement means everything," he said.

He also runs the local masters games, a fun sports tournament for people living in rest-homes.

Hamilton, named New Zealand's volunteer coach of the year in 2002, has been involved with athletics at Dunstan High School since he started teaching there in 1984.

He has taken the school athletics team to local, regional and national championships, often to success. It is not only athletics but rugby, cycling and mountain biking clubs at the school that have benefited from his knowledge and coaching skills.

Mark Williams, also an assistant principal at Dunstan, said Hamilton was "a brilliant workmate. If something needs to be done he will just do it. He always goes the extra mile and is incredibly reliable as a workmate - quite inspiring to kids, always positive and lifts them up."

Hamilton stresses there are "thousands of people out there doing the same thing and they all do it for the same reasons" - not to be recognised but because they love it.