NZ award timely one for Mckay 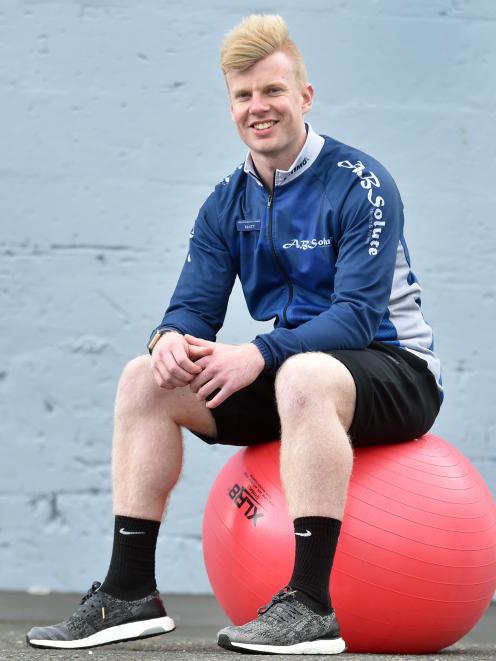 The 24-year-old claimed the up-and-coming personal trainer of the year title at the 2016 New Zealand exercise industry awards last weekend.

The win was timely, as Mckay is due to graduate with a bachelor of applied science degree, majoring in physical activity, health and wellbeing, next Friday.

''I probably couldn't have asked for a better present. I don't think anyone can top that,'' he said.

Mckay attended the awards held in Auckland and was thrilled when his name was read out as the winner in front of a room full of his peers.

''It's up with the best feelings I've probably ever had. I've played football for 18 years, 10 years at the top level, and that trumps pretty much everything.''

He saw the award as a chance to gauge his skills and progression as a personal trainer.

''I wanted to test myself against the best.''

The award process had two intial stages and then a final round of three hours of judging based on practical skills, training programme design and business skills.

Mckay began his career in fitness training after playing semi-professional football and seeing it as more of a long-term option.

He still plays football, lining up for Caversham.

Mckay trains a range of clients, from those wanting to lose weight, to elite athletes to bodybuilders and has seen good results from several of them.

''I don't have a demographic. I think everyone has the ability to change themselves.

''I am just there to help them along the way.''

Mckay credits his success in the fitness industry to his work ethic and his personable and friendly approach.

''I love the interaction with people and having an influence on someone else's life.''

The support of his bosses and colleagues at Absolute Health and Fitness was also crucial to his success, Mckay said.

While he was consistently looking at new training ideas, Mckay has his sights firmly set on next year's awards.

''I think my true potential has been released thanks to where I work.''