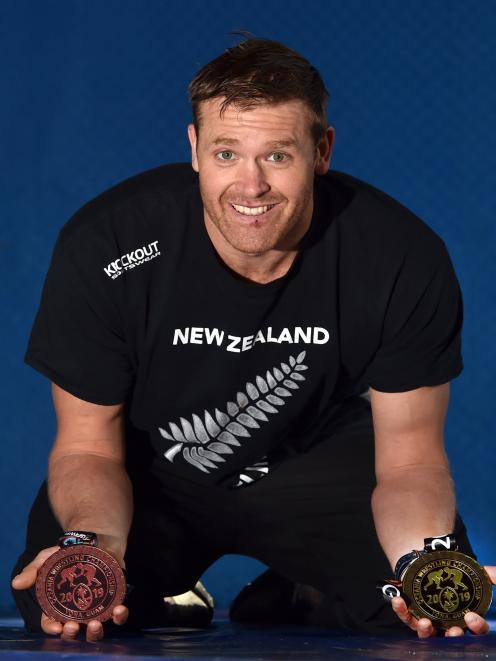 Joe Dobson. PHOTO PETER MCINTOSH
Dunedin wrestler Joe Dobson still his eyes on the Olympics but there are plenty of obstacles in his way — and that does not include the rather hefty opponents he is up against.

Dobson was set to head to a qualifying tournament in Morocco last year for the Olympics.

He made it as far as London before the qualifying tournament was called off and the Olympics went the same way shortly afterwards.

He has continued to train and work hard on his wrestling. The International Wrestling Federation has now moved the dates of qualifying to April this year in the city of El Jadida in Morocco.

Dobson said there were regulations to meet before gaining entry to the country, on top of the requirements set by the wrestling federation to actually compete at the tournament.

Then you have to find flights to get there. And places to stay and to remain healthy. Not to mention, keep training hard and be motivated to be in tip-top shape to take on some fairly tough opponents.

But Dobson said the biggest issue for him was a home-grown one.

"The biggest issue is booking our isolation spot here when we get back. They are starting to fill up in early April already. So we have to make a decision soon on whether we want to go," he said.

He was looking at a cost of $8000 to $9500 but he said that was what you had to pay when representing New Zealand on the world stage in a sport considered a minor one here.

He will have to get a Covid-19 test when he leaves New Zealand, when he arrives in Morocco and also at the championships, probably daily.

"You’ve just got to keep on going. You are thinking if I train hard now am I training harder than that guy who is not training as much as he thinks it is off? It is an interesting mental trial."

Dobson, who is in his mid-30s, is a latecomer to the sport but has won national titles in the past couple of years.

A firefighter, he said he had trained over the Christmas holiday period, early before his children woke up, and was working constantly on his skills. A team of about 10 wrestlers and support staff from New Zealand is likely to head to the qualifying competition.

He said the NZOC had been in touch regularly about the procedures and was supportive of all the athletes. 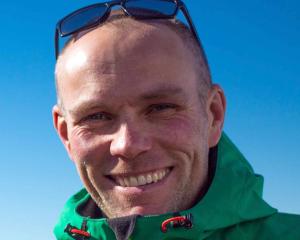