Orienteering winner not short of direction 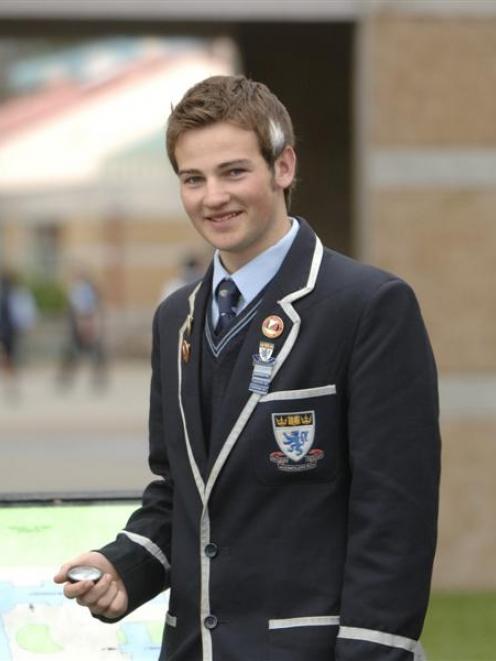 When Ryan competes at the Australian schools orienteering championships in Victoria this week, he will become the third member of his family to represent New Zealand in the sport.

The Kings High School year 13 pupil follows his older brothers and mentors, Tane (24) and Riki (22), in making a national team in a demanding sport that requires top physical fitness as well as concentration (reading maps) and decision-making (finding routes).

Ryan has been competing in orienteering since he was 6, and he was still at primary school when he won the first of his many South Island titles.

He competed in his first national championships as an 11-year-old, gaining a third place. His best placing so far was winning the national schools title in the Year 7/8 grade in 2003.

Ryan has had a busy year so far. In January, he won two gold medals and missed a third by just four seconds at the Oceania championships.

He won the Otago schools title by a massive margin of 12 minutes, and added the South Island Schools Classic title, winning the event by seven minutes.

At the national championships in Auckland, Ryan got two third placings and a fifth in a very competitive grade.

As well as competing, Ryan has been planning courses at club events, and also coaches and recruits orienteering team members at Kings.

He has also learned the complex art of making orienteering maps, having recently completed maps of Andersons Bay School and one covering Kings, Queens and Macandrew Intermediate.

Ryan is coached by brother Tane, an engineer in Christchurch and a member of the elite New Zealand squad. Tane Cambridge represented New Zealand as a junior in Europe and as a senior at the Oceania championships.

Ryan's other orienteering brother, Riki, represented the New Zealand Schools team and also competed for New Zealand at two junior world championships, in Lithuania and Australia. Riki is studying surveying at Otago and also plays a role in coaching and mentoring Ryan.

Ryan hopes to continue his recent good form and compete at the world junior championships in Europe sometime in the next two years.