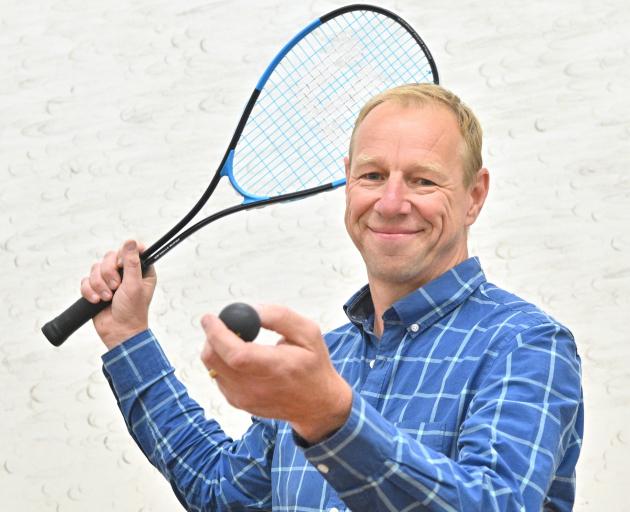 The 53-year-old replaced Jamie Tong as chief executive of Squash New Zealand about month ago.

The first challenge has been to get on the road and listen to what people in the districts are saying.

The reconnaissance trip brought him to Dunedin yesterday. Auckland based, he is an alumnus of the University of Otago and it was while he was studying in the city that he fell in love with the sport.

"Every district has a slightly different perspective ... but I am forming views. But I’m careful not to make too many assumptions at the moment because I’m only half way through," Dowson told the Otago Daily Times.

"At the moment the picture which is emerging is there is great activity occurring everywhere I go. We’ve got great people, passionate people, who work really hard for squash and they are the life force of the clubs, really.

"And they are everywhere, which is really good. There is lots of creative thinking and good energy.

"But what I’m finding is it is all in pockets.

"There is an openness to share and learn but it is ad hoc at the moment, so there is a huge opportunity to bring it together."

It was a rewarding role and he attended two Olympics and two Commonwealth Games.

He has seen first hand how sport and athletes can inspire people.

The success of leading New Zealand players Paul Coll and Joelle King on the international stage has helped lift the profile of the sport again.

And the arrival of Covid-19 has, anecdotally at least, resulted in a slight increase in membership at clubs around the country.

"So many people you bump into will say ‘I used to play squash’.

"So there is a lot of people out there who I think would want to pick up a racket. There is a huge opportunity for us to tap into that and grow the membership while also supporting the accessibility of squash for anyone that wants to play.

"The goal is to have vibrant clubs and just seeing the smiles and the laughter.

"That is the heart of it. To have a buzz in the club."