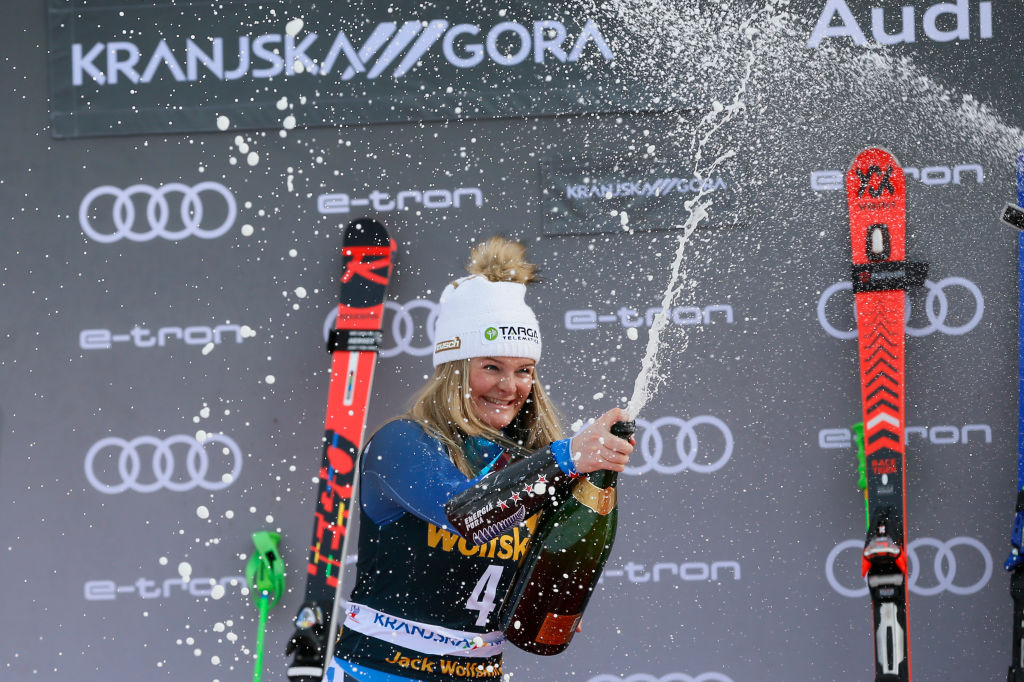 The New Zealand Alpine Skiing sensation has won her second World Cup Giant Slalom of the season with two stunning runs at Kranjska Gora in Slovenia, the sixth round of the circuit.

Three days after winning the young achievers award at the Halbergs, the Queenstown skier has enhanced her growing reputation with a remarkable dominant display against the world's best female Giant Slalom skiers.

The 18-year-old was second quickest on the opening run, clocking 57.70 which was just .24 of a second behind reigning world champion Petra Vlhova of Slovakia.

But she blitzed everyone including Vlhova with her second run clocking 56.62 for a combined time of 1:54.32, which was . 34 of a second quicker than Vlhova and more than 1.5 seconds faster than Slovenia's Meta Hrovat and Switzerland's Wendy Holdener who tied for third.

Robinson's second run was something to behold. She was explosive from the start and flew down the course extending her lead at every split to lay down a marker for Vlhova which the Slovak couldn't match.

Earlier Robinson had a terrific start position of fourth for the opening run and she didn't disappoint enjoying some of the best snow conditions. She scorched down the upper section of the course skiing with aggression and confidence.

Robinson's result follows a 5th place finish in Sestriere in Italy late last month, a 9th in Lienz in Austria after Christmas, 10th in Courchevel in France, a DNF in Killington in the US and her season opening win in Solden in Austria. At the time Robinson was still just 17 and became the youngest ever winner of the Solden GS.

What is astonishing is the young Kiwi is more than five years younger than most of her rivals and ski racers don't usually peak until their mid 20s. Robinson is fast becoming a superstar in the sport.

Robinson remains fifth in the World Cup standings with 300 points but is now just nine points behind Italian Marta Bassino in 4th and 14 adrift of American great Mikaela Shiffrin, the Olympic champion, who didn't compete overnight following the recent death of her father.

Vlhova's second place finish has seen her consolidate second in the standings and is now 74 points behind Brignone who leads with 407. With 100 points for a win and two races to go before the World Cup Finals in Italy, Robinson has a genuine chance of claiming the overall Giant Slalom World Cup title.

Robinson switches her attention to a World Cup Super G race in Crans Montana in Switzerland next weekend. Her next Giant Slalom will be in Ofterschwang in Germany on the 7th of March before she races in Are in Sweden the following week ahead of the World Cup Finals in Cortina d'Ampezzo in Italy in late March.