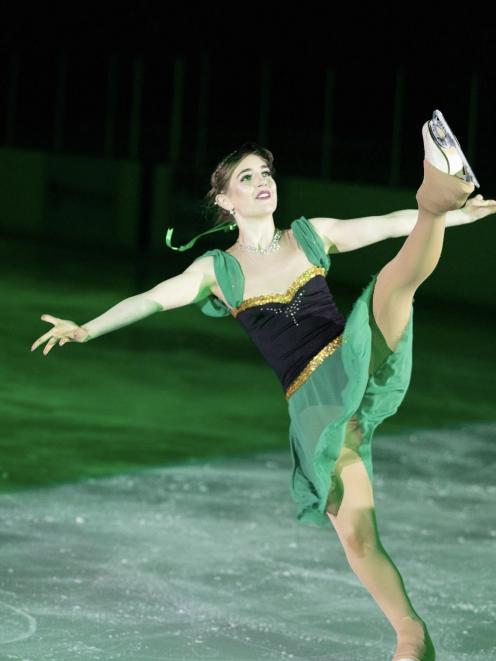 Former Dunedin ice skater Hannah Sime. PHOTO: KEA PHOTOS
A young skater who honed her craft on Dunedin ice has overcome some obstacles to get within sight of the world championships next year.

Hannah Sime (19) unexpectedly found herself living and training in Detroit, Michigan, after a rough start to the year, which nearly signalled the end of her competitive ice skating career.

In February, the Dunedin Ice Skating Club’s senior ice dancer had her plans shaken up in 24 hours on the back of Russia’s invasion of Ukraine.

Following this foiled plan which included training, a partner and accommodation, Sime jumped at the opportunity to fly to Detroit to meet and train with 24-year-old American ice skater Alexander Petrov.

The only caveat was that she had 72 hours to get from Dunedin to Detroit, and nothing apart from skating was arranged.

The talented ice dancer has been training individually in Dunedin, particularly difficult when training for a partnered discipline.

Due to the low uptake of figure skating by males in New Zealand, Sime has not obtained a partner inside New Zealand.

After the retirement of her coach, she has been working with Dunedin-based coach Megan Kliegl.

"Hannah is an exceptional athlete, overcoming obstacles with composure and maintaining a strong focus on her goals," Kliegl said.

‘‘Dunedin Ice Skating Club is showing its might with athletes like Hannah and Anya Gipp representing Dunedin overseas and holding their own against some of the world’s best.”

With their sights set on representing New Zealand at the world championships, Sime and Petrov spend up to eight hours training both on and off the ice, five days a week.

Petrov is eligible to represent New Zealand as Sime satisfies the International Skating Union requirement of one athlete holding citizenship for the country they choose to represent.

To qualify for the Olympics, both parties need to have citizenship of the country they represent.