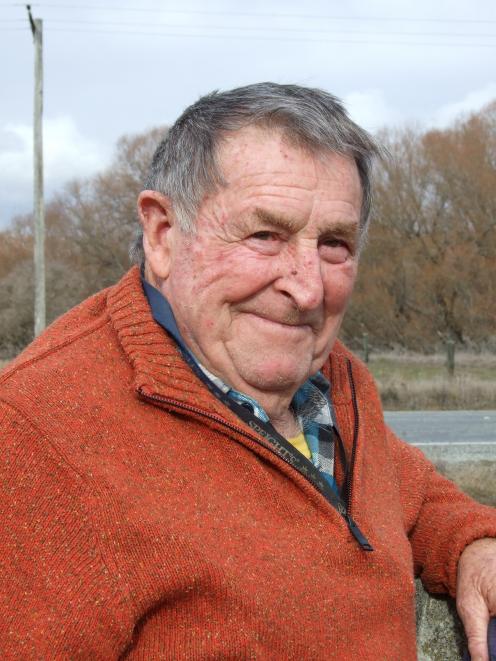 He proved the theory when Dream Of Pat won at long odds at Ascot Park on Saturday. It was her first win, at start 40.

The phrase popularised by the Mainland Cheese advertisements rang true for the Omakau harness trainer, who made a starring appearance in one of the company’s TV campaigns some years ago.

Woodhouse’s patience, perseverance and a vitality beyond his age of more than 80 provided the recipe for success.

Dream Of Pat was named after Woodhouse’s late wife, Pat, who died about the time the horse was born, he said.

Woodhouse showed no signs that he had less than four hours’ sleep before producing his 7yr-old trotter for her upset win at $40 odds.

He had been kept up late when playing a vital part in the success of fellow octogenarian horseman Lionel Sinnamon over the weekend.

Sinnamon is the elder statesman of the Omakau racecourse — but only just. At 82, he has just a year on Woodhouse, who is the youngest trainer at the Central Otago track.

Woodhouse had driving duties to complete before Saturday’s meeting – taking Sinnamon and his team to Forbury Park on Friday night.

They set off in Woodhouse’s horse truck, which sports a number just as impressive as the 161 combined years of its two trainer occupants.

The trusty transporter, which has ticked past a massive 1,300,000km, not only delivered the trainers safely to Forbury Park but it delivered a winner in the Sinnamon-trained Alandale.

"There wasn’t a race for Dream Of Pat at Forbury, so we put her in at Invercargill on Saturday," Woodhouse said.

"I took the team up to Forbury on Friday night and Lionel got a win, which was great. We got back to Omakau at 1.30am and I gave Dream Of Pat her breakfast after we unloaded the horses and fed up."

"We were back up at 5.30am and I was off to Invercargill with my daughter, Tracey."

Woodhouse’s transporter was not needed on Saturday, as he took Dream Of Pat south in his tandem horse float.

There was no rest for Woodhouse, though, whose excitement levels hit maximum when Dream Of Pat was in front in the last lap of her 2200m race.

"I started roaring for her at the 400m," he exclaimed.

"It was just great and [commentator] Dave McDonald talking about her after the race, that was special.

"When he mentioned me and the Mainland Cheese ads — gee, I have got a lot of mileage out of those ads.

"My win and Lionel’s win together, they are what the game is about.

"We are a couple of battlers, but it’s probably guys like us that keep some of the clubs going."

Woodhouse’s patience with Dream Of Pat dates back further than her 40 starts.

Her massive frame, far from perfectly conformed from birth, meant he had few options but to wait on Dream Of Pat to show her best.

"People don’t realise the troubles I have had with this mare.

"She could barely walk properly as a young horse — she was deformed in the front legs.

"She is at least 18 hands high. She is a massive horse. But with my breed, you just keep going and they come right."

The injection of youth was a key factor in the wins for both Woodhouse and Sinnamon.

Rory McIlwrick gave Allandale a perfect run in the trail, and

"Brad drove her at Wyndham and said she was too fat and to get some more work into her.

"Brad flew home from Auckland and said she still looks a bit big, but I said to him, ‘‘I did exactly as you said’’."

Williamson’s advice and Woodhouse’s training thereafter proved spot on when Dream Of Pat scored by a head.