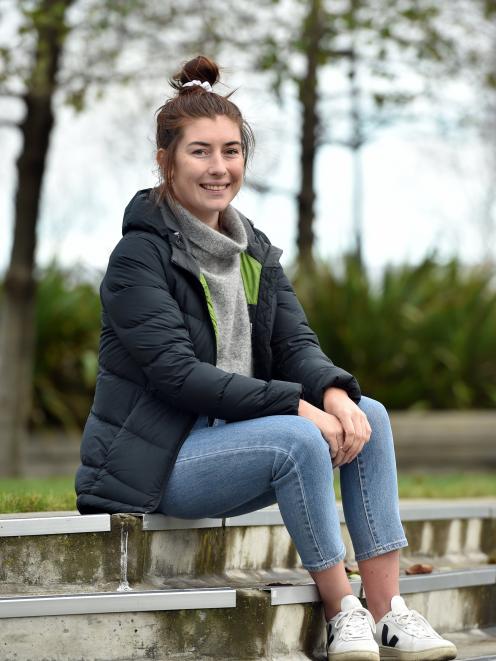 Zoe McBride backin Dunedin this week as she prepares to return to training with the New Zealand rowing squad on Monday. PHOTO: PETER MCINTOSH
One more year.

Zoe McBride admits looking at the Olympic Games’ postponement like that is a bit overwhelming.

Had things gone to plan, the former Kavanagh College pupil would have been on the start line in Tokyo later this month.

Alongside crewmate Jackie Kiddle, she was one of New Zealand rowing’s strongest medal hopes, in the lightweight women’s double sculls.

The duo remain the reigning world champions in the event.

The postponement is a challenge for every Olympic athlete. But for McBride there are few extra things to overcome.

Not only does she have to refocus her training plans, she now has to be conscious of her weight through to next year.

That means balancing being strong enough to train and perform, but also being a crew average of below 59kg come race day.

On top of that has been some rehabilitation.

The 24-year-old had returned to Dunedin to be with her family for lockdown.

While borrowing some equipment to train several times a day at home, she also took to cross-training — notably running.

That led to a stress fracture in her femur, meaning it has been months since she was on the water.

Next week she will finally make it back on to Lake Karapiro, the stress fracture having healed.

That comes after another quick visit to Dunedin, enjoying the last of her break before the national squad regathered.

Enjoying that break and not looking too far ahead had been McBride’s focus.

"I definitely did struggle for quite a while to turn my attention to another year away," she said.

"Personally it got quite overwhelming.

"This year I’d really committed the whole year solely to the Olympics.

"So the Olympics are definitely the goal, but I’m taking each point as it comes.

"So just enjoying the break now and then we’ll start summer squad and that’s a bit of an extended time than what we’d usually have.

"Just looking at each block as it is, rather than looking at the bigger picture and getting overwhelmed."

The mental challenge of having to spend another year conscious of her weight was a big one.

It was a huge effort and something she had become more aware of as she got older.

Lightweight rowing may be cut from the Olympics after next year and she would likely look to transition to rowing without the weight restriction anyway.

"I was looking ahead to what the next year would be like without having to worry about lightweight and those requirements. So I guess for the next year its important for me to look after my body as well."

Despite that she remained confident.

Rather than seeing it as another year of training, she was viewing it as a chance for her and Kiddle to redo their preparation better.

The crew’s focus last season had been to have fun and focus on doing their best.

That had led to some impressive results.

They would take a similar approach this time around.

Racing at the Olympics was a dream — a medal would be a bonus.