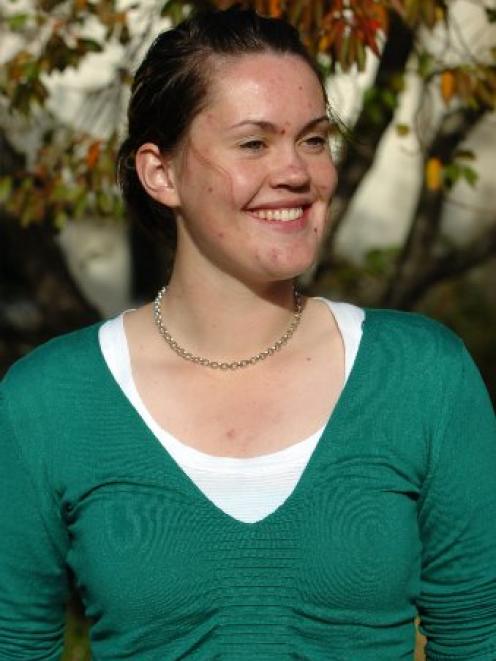 Fiona Bourke
Fiona Bourke felt pain and elation after winning a silver medal at the world under-23 rowing championships in Belarus last weekend.

The University of Otago student (21) was a member of the New Zealand women's eight that finished runner-up to the United States.

"When we finished the race all I felt was pain," Bourke told the Otago Daily Times from her home in Hawkes Bay yesterday.

"When I stood on the podium it felt like an out-of-body experience to be No 2 in the world.

"Twelve months ago I was rowing on the Otago Harbour and now I was standing on a world championship podium," she said.

She was joined on the podium by fellow Otago University rower Genevieve Behrent, from Invercargill.

The pair will be at the trials at Lake Karapiro next week from which the New Zealand team for the world championships at the same venue in late October will be selected.

They will be joined by North End club rowers Lucy Strack and Hamish Bond and former Otago rower Fiona Paterson.

Bond is a world champion in the men's pair, and Strack (20) teamed with Julia Edward (Rotorua) to win a silver medal in the lightweight double sculls in Belarus.

Bourke's story is remarkable because she started the sport just three years ago, at Otago University.

She won the novice double sculls at the national championships at Lake Karapiro two years ago.

"I'd never played any sport before I started university," she said.

"I was tall and my friends told me to try rowing. I caught the rowing bug and never looked back."

Bourke, who comes from a lifestyle block at Takapau in central Hawkes Bay, set herself several goals in her studies and rowing.

"I just ticked off my goals when I achieved them," she said.

Eighteen months ago, she targeted competing at the world under-23 championships this year.

When selected, she upgraded the goal to winning a medal.

Bourke said her success was a result of being determined and working hard.

"I was lucky to be in a club like Otago University that had top coaches and facilities and were prepared to help us if we put in the work."

Bourke arrived back in New Zealand late on Wednesday night and was still feeling the effects of jet lag.

The entire silver-winning eight has been given a trial.

"The work I've put in over the last four months will help me. It is a good place to be in."

Strack was a pupil at St Hilda's Collegiate when she started rowing with the North End Club.

She gained experience with New Zealand University crews and teamed with Edward at the under-21 Youth Cup in Sydney last year. 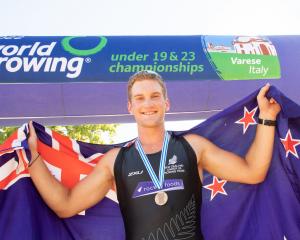 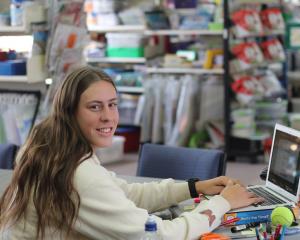 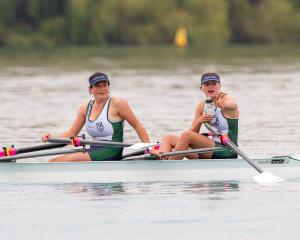