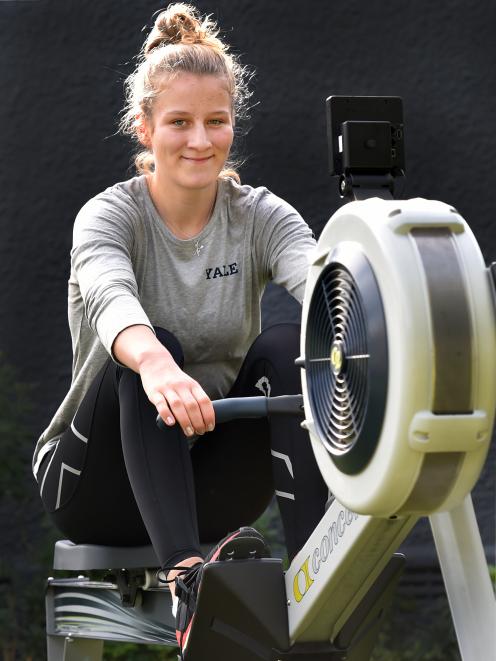 Hofmans, who is in her first year out of school, having finished at Bayfield High School last year, is heading to Yale University in August.

An Ivy League university, Yale is a private institution and the third-oldest university in the United States. Former students include Bill Clinton, George W. Bush, Paul Newman and Jodie Foster.

While it does not offer scholarships as such, it does provide financial aid for its students and Hofmans should qualify for that.

Hofmans (18) was thrilled to get the placement and looking forward to heading to the United States, provided the Covid-19 pandemic had cleared.

‘‘It is pretty exciting to get over there. I will miss home and my family, of course, but it is a great opportunity,’’ she said.

Hofmans is one of the country’s most promising rowers. She was a member of the New Zealand quadruple sculls crew which won gold at the Junior World Championships in Tokyo in August last year.

She was also in the 2019 Otago provincial team — even though still under 20, she was placed in the open squad.

The specialist single sculler was the Otago Rowing Association’s 2018 and 2019 female school rower of the year.

Hofmans said a coach from Yale came to New Zealand last season looking for rowers to connect with the university. The coach had seen her perform well at the South Island championships at Lake Ruataniwha, and it went from there.

She was aiming to study psychology and French at Yale and felt it was a good time to move on, as her coach John Parnell had retired last year.

She said Rowing NZ had previously indicated it was not keen for rowers to row in the United States, but had changed tack and six US-based rowers were selected for a national junior squad this season.

"I’m very unco-ordinated and never thought I would be good at rowing. Then John [Parnell] said to come along and row with him every Wednesday. I ended up doing that every day for two seasons."