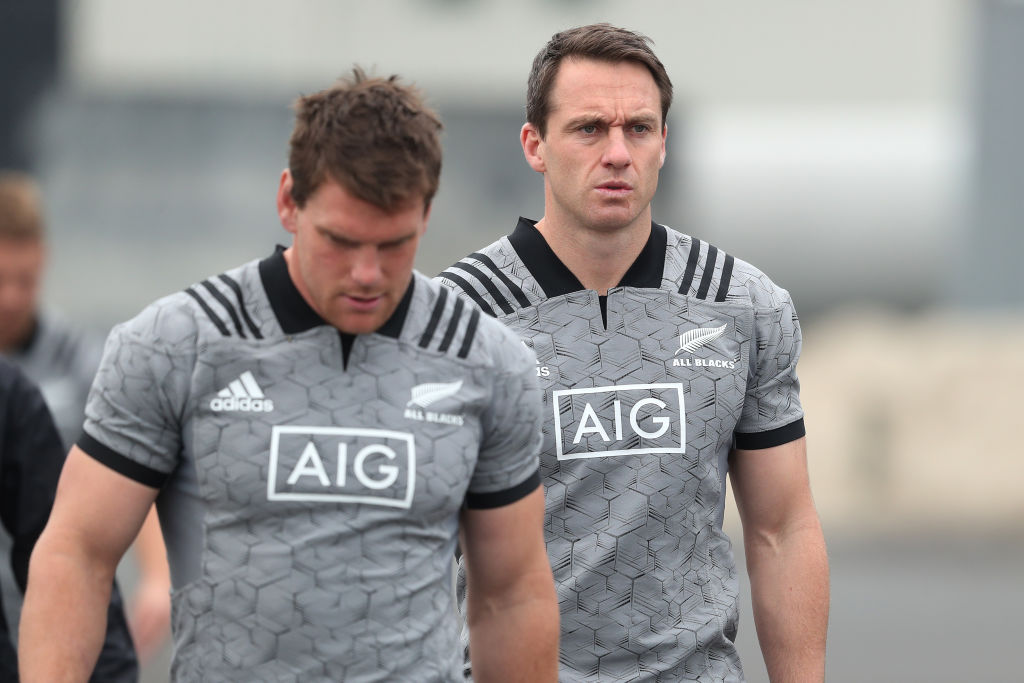 Ben Smith (R) during an All Blacks training session in Hamilton earlier this week. Photo: Getty
All Blacks coach Steve Hansen has revealed that Ben Smith's form slump has had less to do with his recovery from a hamstring strain and more to a loss of self-belief and confidence.

After naming Smith at fullback for the test against Tonga in Hamilton on Saturday afternoon, Hansen conceded the physical and mental may be linked, but insisted the Highlander's regular forays on the right wing for the All Blacks are not to blame.

The 33-year-old Smith was dropped for the second Bledisloe Cup test and watched as George Bridge and Sevu Reece, both named to start at Waikato Stadium, combined to tear the Wallabies apart.

Now he gets a chance to respond two weeks out from his team's first World Cup test against South Africa in Yokohama and Hansen wants to see a revitalised player free from the self-doubt that plagued him during his early years in the black jersey.

"I want to see Bender just being Bender; [for him] to trust his instincts, don't overthink things, just get out there with a big smile on his face and enjoy it," Hansen said.

"There's been a lot made about the fact he's lost all his form playing on the wing. That couldn't be further from the truth.

"The problem … is he's lost his self-belief and his confidence. Maybe that's because of the injury, maybe it's because everyone's talking about him leaving and he's got caught up in that – last this, last next thing. We've stripped the paint right back. He's got good instincts and is a good rugby player.

"I think we'll see a pretty good performance from him." 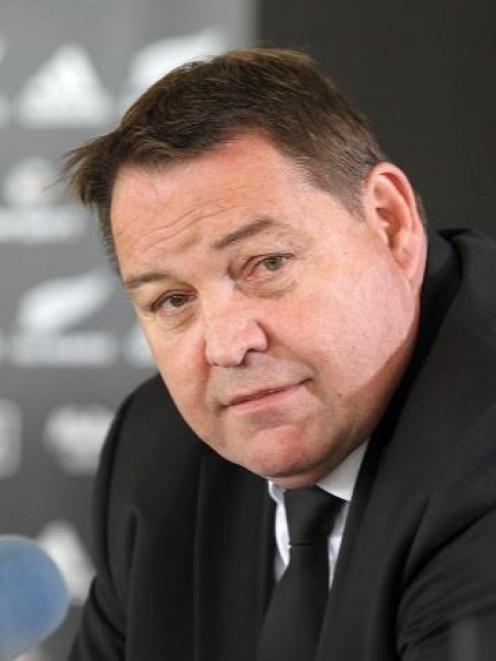 Steve Hansen
In a recent interview with the Herald, the 79-test veteran accepted he hadn't played well against Argentina, South Africa and Australia, but said that he wanted to put it all behind him.

His quality as a broken-field runner and ability to out-jump opponents under the high ball has been reinforced over many years and will be crucial to his side's chances of winning back the William Webb Ellis trophy, so for Hansen to reveal that Smith, who made his test debut in Italy in 2009 and didn't feel he was good enough to be an All Black for a long while after that, is a surprise.

"It's a fine line, self-confidence," Hansen said. "If … you get a knock back it can take the wind out of your sails and you become hesitant to poke your nose into places you normally wouldn't [hesitate to do]. It's about a couple of things going right and you're away again.

"Great players will always go through a little bit of adversity and that will affect them from a confidence point of view. But they always bounce back. Dan Carter was a classic example; struggled, struggled, struggled in 2015 to the point where everyone wanted him to be dropped except us and him and in the France game things just clicked and bingo, the rest is history."

Hansen confirmed that Rieko Ioane, the other outside back casualty at Eden Park recently, was not considered due to a tight calf and neither was Sonny Bill Williams, due to a similar issue. Sam Cane (tight hamstring), Jack Goodhue (hamstring) and Richie Mo'unga (sore shoulder) are the other absentees.

As a result, Beauden Barrett is back at first-five, with Ryan Crotty, returning to second-five after his recovery from a broken thumb, partnering Anton Lienert-Brown in the midfield.

"The key to this game is that we want to give as many people that we think we'll use against South Africa game time," Hansen said. "Obviously there are some guys we didn't want to use because they've got slight niggles, but the rest of them, we think they're in the frame for selection against South Africa.

"It's not guaranteed; from the props point of view, they're our starting props. In the last test they played really well so you want to keep that momentum going - same for the wingers."

The All Black No 15 will be hoping to find some of his own before getting on the plane with the rest of the squad on Monday.

All Blacks side to face Tonga: