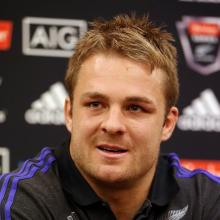 Sam Cane
Sam I am that Sam I am.

Just not the Sam everyone was expecting.

The announcement, late on Tuesday night, that Sam Cane had been made captain of the All Blacks caught everyone by surprise.

Cane did not start in the loss against England at last year’s World Cup so one could argue he is not even a first-choice player. But his benching in front of Scott Barrett was later seen as a mistake by those who did it, so nothing there.

Cane is a quality player. As he came after Richie McCaw his ability has always been glossed over. Everyone is still going on about McCaw and how great he was. Cane barely gets a mention. But those who matter know his qualities.

The Chiefs openside flanker never seems to play a bad game. He is a solid defender, has a big engine and is not afraid to go into those dark places.

Some say he is not as good as Ardie Savea. He is not as flashy as Savea but is just as effective. Savea looks as if he will be the All Black No8 and may well have won that job by default.

No other options appeal for the No8 position at present.

Cane is no orator but neither was McCaw and one grows into that role anyway. Captains these days are not the all-influencing figures they once were.

Trainers coming on to the field all the time and the direct line to the coach makes the captaincy not as much of a task as it used to be.

Cane’s selection comes in front of lock Sam Whitelock, who was expected to get the nod.

But perhaps new coach Ian Foster wanted to put a mark in the ground; get away from the Canterbury dominance which has been there through McCaw and then Kieran Read.

Whitelock is a world-class player but over the past season the energy levels from the big lock have not quite been there. His petrol tank has looked empty on occasions.

Whitelock has been playing at the very top level since 2010. He is still a classy performer but the best days may be behind him.

Now the big question for Cane is when will he get to call heads or tails in a game. Some tests against Australia at the end of the year loom but plenty of water has to flow under the bridge before then.