Foster old-school type but results will define him 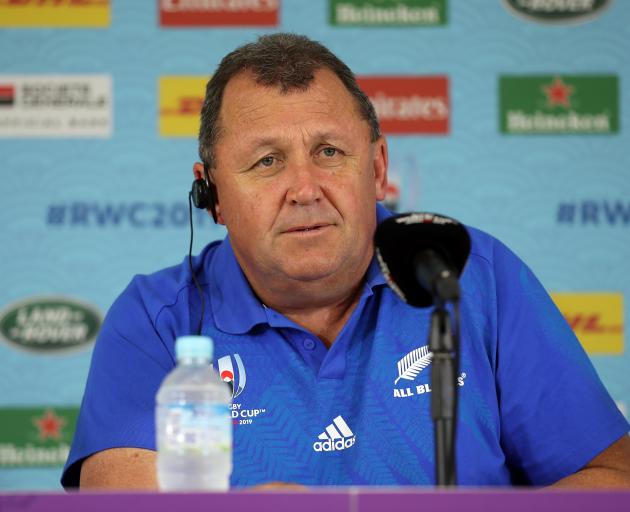 New All Blacks coach Ian Foster. PHOTO: GETTY IMAGES
Plenty of good things come out of the Taieri — milk, aeroplanes, about 10,000 scooters. And also the last two All Black coaches.

Steve Hansen spent his early years in Mosgiel and attended The Taieri High School. New All Blacks coach Ian Foster spent a term at the high school in the late 1970s before he moved north.

Foster was the son of Presbyterian minister Jack Foster, who worked in Mosgiel in the 1970s. The Foster family moved back to Waikato and it was here that Ian Foster started making an impact on the rugby field.

It has been a steady climb up the ladder for Foster. Record cap-holder for Waikato. Coached the Chiefs for seven years, coached New Zealand Juniors and then into the All Blacks camp.

Now he has moved to the most important job in the sport in this country. One could debate the captain is more important but the coach picks the captain.

Foster is a steady-as-he-goes selection, a guy who will not let anyone down. He’s done his time, knows the ship inside out so gets the promotion.

One wonders if he is a bit too vanilla for many.

We — supposedly — live in a fast-moving digital age, in which everyone likes to be heard and everyone has an opinion. Be loose and free.

Foster is more of an old-school guy. A guy who will wear the sports jacket, not the baseball cap.

Once the appointment panel was drawn up, Foster had his foot in the door.

New Zealand Rugby by nature is a conservative organisation. It does not make many bold, off-the-cuff decisions. But being brave and bold does not always work. Ask Custer.

There is nothing really wrong with Foster. If he was a neighbour he would he a good chap, an honest bloke. Someone who did the lawns at the right time. Did the edges too.

To many he is not exciting while Scott Robertson is. Robertson is the new breed. He is no boomer.

But is New Zealand Rugby ready for a break-dancing coach? A guy who surfs and gives his players plenty of say.

Those ideals may be popular with some but only some. NZR is not searching for one elusive demographic. It has to appeal to a wide audience. The old are just as attractive as the young to it.

From a southern perspective, perhaps if Jamie Joseph had stayed in the race, and with Tony Brown in tow, he could have come through the field to get the nod.

Perhaps — Foster was too old school and never won anything while Robertson was new, fresh but had too many downsides.

The alternative of Joseph and Brown may have barged through the middle and got the job.

But it is all conjecture now. Foster has the job. He will appoint his assistants and get on with the job.

Then the real test will come. A coach, especially an All Black coach, lives and dies on one thing — results.