Hansen gives message to ABs as Goodhue ruled out 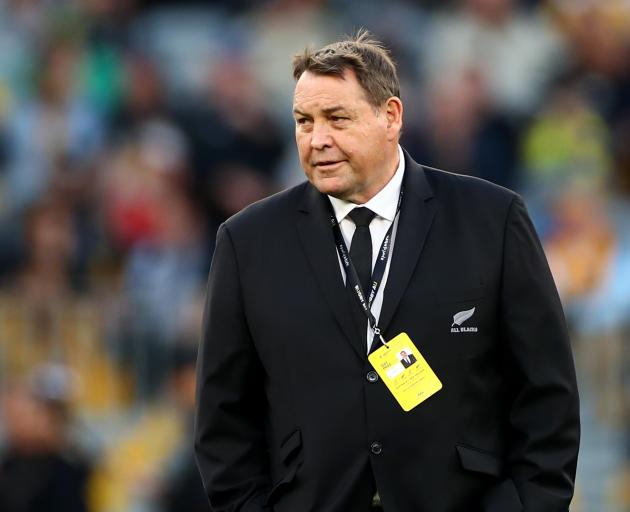 All Blacks coach Steve Hansen has told his team not to panic after their heavy defeat to the Wallabies last night. Photo: Getty Images
All Blacks coach Steve Hansen is asking for a vastly improved performance from his team – players and management included – in what is a crunch return Bledisloe Cup test at Eden Park next Saturday, and is also pinning his hopes on a favourable decision on Scott Barrett's red card hearing.

The first judicial process is a video conference set down for 7pm tonight, and Barrett's representatives will present mitigating circumstances after the lock was sent from the Optus Stadium field in the final minute of the first half in the 47-26 defeat for his tackle in Wallabies skipper Michael Hooper.

Jerome Garces sent Barrett from the field for what he decided was a shoulder charge to Hooper's head; just as he did Sonny Bill Williams two years ago in the second test against the Lions in Wellington. Williams got a four-week ban for that shot on wing Anthony Watson, a for more impactful and clearly illegal tackle, and Hansen will be hopeful Barrett gets far less.

"It's about mitigating circumstances, I guess, so they'll put a good case forward," Hansen said. "It's about just trusting the process as we always do and we'll see what comes about."

Asked what those mitigating circumstances were, Hansen declined to elaborate. "You can't talk about it until you give it to the people who have to read it and hear it and make some decisions themselves."

They will almost certainly centre on Hooper's low body height in what looked to be accidental collisions, and Barrett's spotless judicial record. 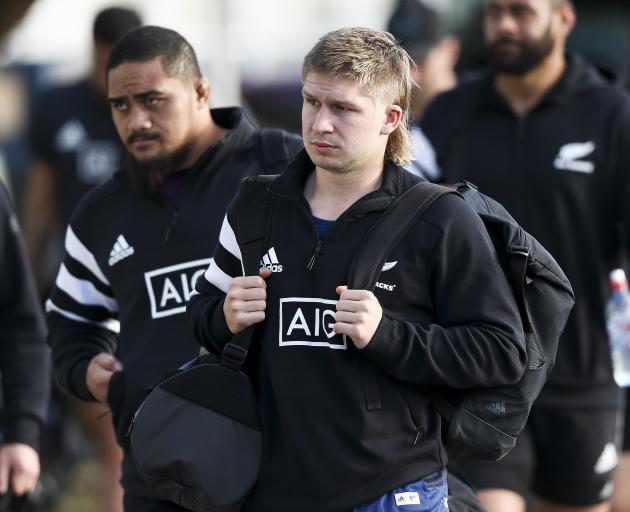 The All Blacks will be without the services of centre Jack Goodhue for the Beldisloe Cup decider in Auckland. Photo: Getty Images
Barrett, defended by brother Beauden straight after the game as a player who plays the game in the right spirit, will almost certainly miss the test at Eden Park which will determine the fate of the Bledisloe Cup this year. Another win and the Wallabies will secure it for the first time since 2002.

Midfielder Jack Goodhue, who has a high hamstring strain, will also be missing. "He definitely won't be available for next week and we'll take it from there," Hansen said.

Asked to reflect on the performance, which came after underwhelming efforts against Argentina and South Africa and which resulted in the All Blacks losing their No1 World Rugby ranking (to Wales) for the first time since 2009, Hansen returned to his side's poor discipline, missed tackles and a lack of ball security.

"[But] we got to 39 minutes and it was 13-12 and we were still in the game so…Australia chucked everything at us and we managed to stay in the game. If we can rectify some of those problems and turn up with an attitude that says we're hungrier or as hungry as them then we're in the game."

In re-stating the need to remain calm and not panic, Hansen said everyone closely connected with the team needed to improve only two tests out from the World Cup.

"First of all, have a look at ourselves in the mirror to see what we can do better," he said. "Secondly, don't panic. We've lost games before. And find out what's critical to turn it around and then concentrate on that.

"Everyone's responsible and I don't have a problem taking that responsibility because that's why you put your hand up as coach. Before you point the finger at anyone else, point it at yourself. There will be areas last week that we didn't get right so we'll go through that process quietly.

"Apart from Goodhue, the rest of his players were okay physically," he said. "Mentally, I'd say they're pretty bruised. They'll be disappointed and rightly so. We've just got to bottle that and use it to get us better."