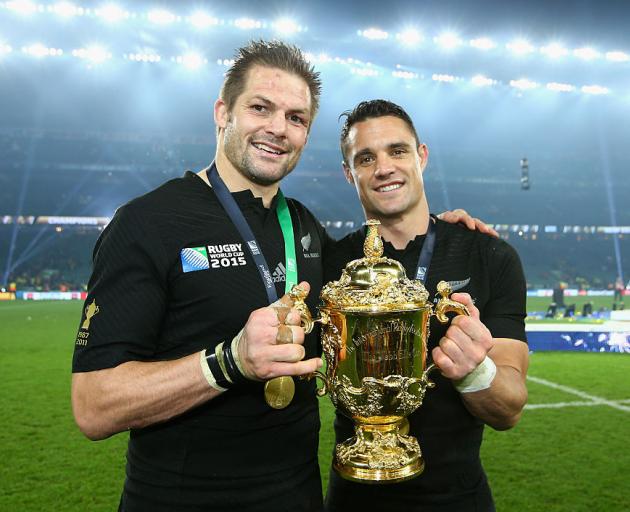 Richie McCaw and Dan Carter after winning the 2015 Rugby World Cup final. Photo: Getty Images
Two All Blacks will face off in the fans' vote for World Rugby's player of the decade award.

Dan Carter and Richie McCaw beat out fellow All Blacks Kieran Read and Beauden Barrett in the semi finals of the online competition after they had previously dismissed all other international rivals.

Dan Carter has the statistical advantage after twice being named Word Rugby player of the year this decade over McCaw's single nod. Each player picked up two RWC winners medals. 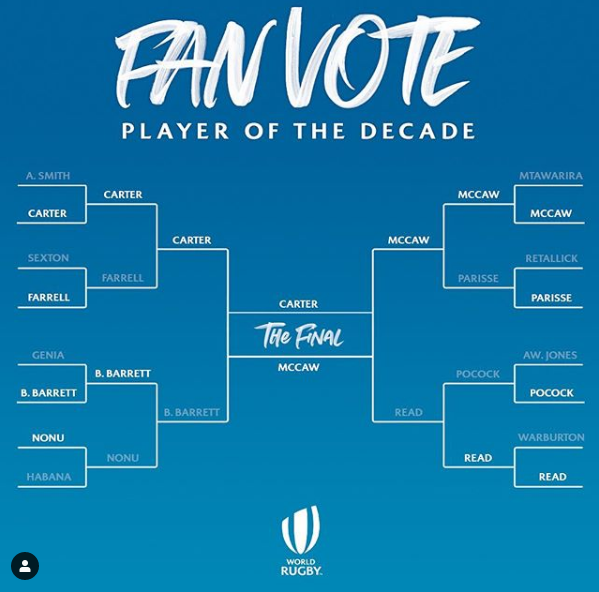 Carter recorded 112 caps in his career and the most points in Test history with 1,598 while McCaw appeared a record 148 times for the All Blacks, much of it as a highly-successful captain.

To get to the final two, Carter overcame head-to-head voting challenges from Aaron Smith, Owen Farrell and Beauden Barrett.