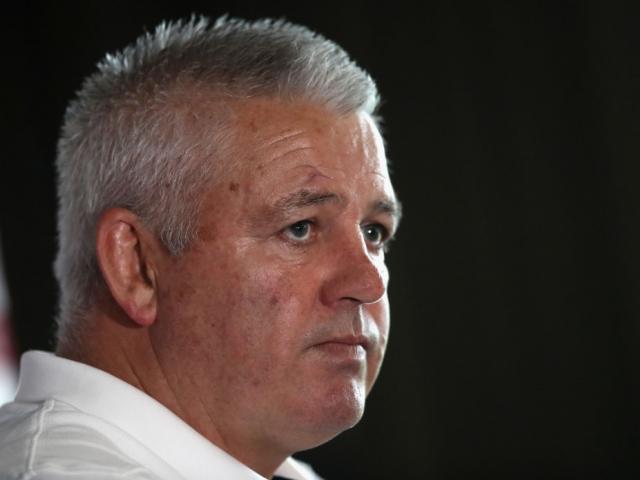 Warren Gatland. Photo: Getty Images
British and Irish Lions coach Warren Gatland would have taken a drawn series six weeks ago, although he was far from elated after the 15-15 draw in Auckland on Saturday night.

Gatland, who won the series as Lions coach in Australia four years ago, only to draw this year's series in New Zealand, said the side had showed tremendous courage throughout the series.

''I suppose we will reflect and given the schedule, given how tough the tour was, to come to New Zealand and draw the series, you've got to pretty proud of that,'' Gatland said.

''If you had said six weeks ago, come to New Zealand and draw a test series, you would probably take that. We have felt as a team we have learnt a hell of a lot. We have been lucky; we haven't picked up too many injuries and felt, as a squad, we have got better.

''That is because we have been really tested and pushed and that has put us in good stead. The All Blacks threw everything at us in the first 20 minutes and we hung in there. That is what good teams do.''

Gatland wore a red clown nose into the press conference, poking fun at an article that said he was a clown earlier in the tour.

He said the side had got respect in New Zealand.

''We realised we had to build a few bridges in New Zealand after 2005. This whole group and management have been great. New Zealand fans and public have taken us to heart. The Lions fans have been outstanding as well.

''It's been a great series. What was disappointing for me was how much negativity was out there. Ironically, I think the amount of negativity put a lot of Kiwis off supporting the All Blacks. They were very much hoping we would do well.''

He felt the offside decision at the end, where referee Romain Poite changed his decision and went with a scrum, initially should have been a penalty to the Lions after All Black captain Kieran Read interfered with the Lions attempting to catch the ball.

Calls went either way throughout the game.

''We would have been devastated as a group if we had lost the game from that kick-off ... it is swings and roundabouts. You sometimes gets calls that go for you and calls that go against you.''

Gatland would not rule out coaching the Lions for a third time as head coach in 2021, when the side was scheduled to go to South Africa.

But he would now go back to coaching Wales through to the World Cup in Japan in two years, and then perhaps head to the beach for some time off.