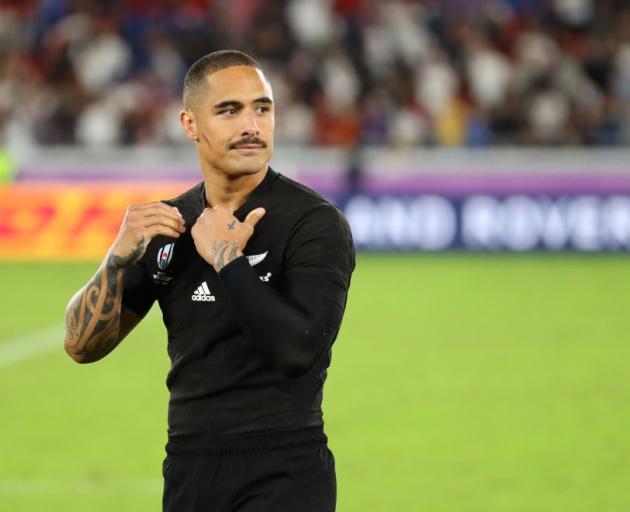 Speaking on the Rugby Bricks podcast, Smith revealed that head coach Steve Hansen got 51 people into the room to review the defeat, including everyone from management to the physios, with everyone having their say about what went wrong.

"The review process was ruthless. It was tough," Smith said in a wide-ranging interview.

"We were watching one of the worst games we've ever played, and you're part of some ugly stuff. Was the effort there? It was big-picture, there was no actual name-calling, just things like 'We needed to be better there, here's a big moment that we mucked up, here's a chance that we could have made.

"Steve did it with the whole room – everyone got their one minute or two minutes to say how they felt. There was a range of emotions – there were 51 of us there to start the review."

The review followed a meeting that the leadership team had the day before, which featured elements that Smith said he 'hated hearing'.

"We had our leadership meeting with the coaches and it was tough – Steve Hansen asked right away 'how do you feel right now?' We all told each other how we felt – and as you can imagine it was pretty sombre. One thing I love and hate about rugby players is we won't take the glory either, but we love falling on the sword, and that's what I hated the most about what I was hearing – we all wanted to jump on the sword, you know - 'It was because of me'.

"Coach was like 'cut that – it wasn't that, we all did our part, and we all lost'. That was what I hated hearing, some of the best players in the world saying 'it was my fault' or 'If I had done this…' But the good thing was once we all said how we felt, we all felt a bit better."

Smith was on the bench as the seconds ticked down in the semifinal, and explained the emotions that washed over him.

"You see it count down, a whole four years of work. This is going to be the last time you play with some guys, maybe forever, and that's sad.

"Seeing how pumped England were, you couldn't even be angry at them – they did us, they won, and there was no arrogance about what they did, they won the right way – they out-physicalled us and we couldn't fire a shot. You had to sit there and eat humble pie.

"Going into the changing room – we had come to Japan to do a job, and we'd failed. There were a lot of guys looking at the ground, a lot of tears. Bender [Ben Smith] was trying to cheer me up and I was pretty distraught, going to hug Reado [Kieran Read] and saying 'man, I'm sorry we couldn't do it for ya'.

"People don't know how much stuff our other people do – our extended management, our gear guys, our nutritionist, our massage guys, our physios, they're on the ride with you and there's no consoling – that's where sport is cut-throat."

Smith can find one positive from the defeat, saying it has given him renewed passion and drive to be better in 2020.

"On the way home I rang [partner] Teagan and said 'I'm ok, I'm seriously ok'. I went back to the hotel and straight to my room. Teagan was there and [son] Luka – I didn't cry, I was just so numb. She asked if I was ok and I said I was - it's just a game, I care about it a lot, but Luka woke up, and I got a hug from him.

"I really reckon it hurts more now, a month on, then it did at the time. At the time it's like 'what the hell just happened?', but you know what you did wrong – it's very similar to the drawn Lions series, and losing to England in 2012, one game short of a perfect year."

Despite those feelings, the leadership meeting and the review had a positive result for the All Blacks, as it provided a reminder of what type of qualities they needed to show to secure a win in the bronze medal match against Wales.

"One thing in the leadership meeting we were really clear about was the fact we did have another game – how do we want that to look, what does it mean to you to play for the All Blacks?

"We had let the country down by not doing what we wanted to do and said we were going to do, but here was chance to finish well, be humble and show them what it means – and we played the way All Blacks should play."