By Adrian Seconi
0 Comments
Running out of locks?

All Blacks coach Ian Foster has found a simple work-around.

Foster’s preference would have been to stick with the starting line-up that posted an impressive 42-19 win in the first test against Ireland at Eden Park last weekend.

But that all changed early in the week when the tall timber starting falling.

Veteran Sam Whitelock was ruled out with concussion. Tupou Vaa’i will miss the second test after testing positive for Covid-19. And Josh Lord was earlier ruled out for the remainder of the season with a knee injury.

The All Blacks called in Patrick Tuipulotu and he will start the test from the bench in Dunedin tomorrow night. 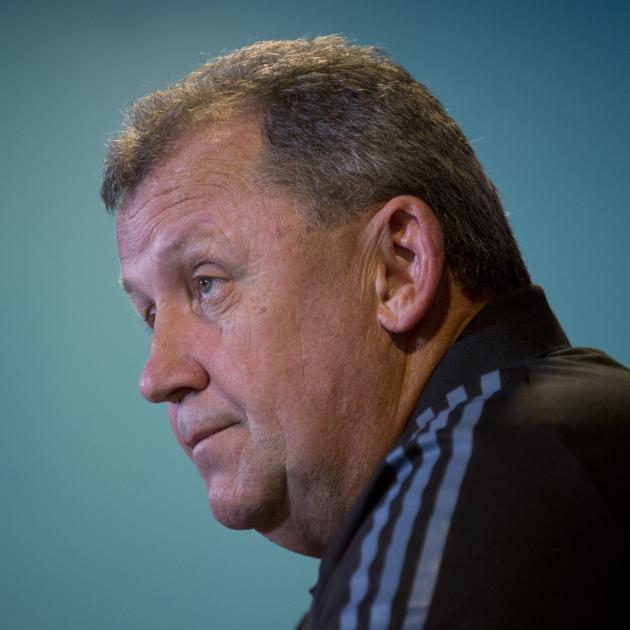 But the answer to the locking crisis was in plain sight — shift Scott Barrett from blindside to his regular spot at lock and bring in a bruiser at blindside.

Blues openside Dalton Papalii has been given the role and he plans to channel Jerome Kaino.

He might also want to watch a few clips from Jerry Collins’ career as well.

Foster was disappointed for Whitelock and Vaa’i.

"But it is what it is. I think we’d flagged earlier that we were pretty keen to play around with Dalton at No6.

"And effectively we went with a lot of guys who had a bit of time last week and just take the learnings on from last week."

Foster added that ideally Barrett would have had another run at blindside.

But Papalii’s presence will signal a change in style.

The players can expect to cover more ground under the roof at Forsyth Barr Stadium and having two workhorse loose forwards will be beneficial.

There are a couple of rookies on the bench. Chiefs prop Aidan Ross is in line to make his debut and Highlanders halfback Folau Fakatava is set to make his first appearance for the All Blacks as well.

Fakatava brought a ton of energy to the Highlanders and Foster hopes to see the same from the 22-year-old tomorrow.

"I just want see his teeth and I want to see his smile and for him to go out and enjoy doing what he does."

What he does is add some punch around the ruck. He will get the ball wide as well but he brings a devastating running game. In a tight game, when players are fatigued, Fakatava is mightily dangerous.

"Your first test is always a big occasion, but it is twice as big when you are playing at your home ground. He is really clear over the last two or three weeks about the role of a 9.

"But the flip side of that is he has his own little way of expressing himself that we don’t want to inhibit either."

The only other real talking point is whether the All Blacks will be able to have as much impact in the lineout.

Brodie Retallick will call the lineouts in the absence of Whitelock. He has played 93 tests, so the lineout is unlikely to fall apart.