By Richard Davison
0 Comments
It looks set to be a fiery welcome when town meets country in the women’s premier rugby finals in Clydevale today.

South Otago collective Big River Country faces off against Dunedin Wahine Sharks at the Clutha Valley grounds today, as the home side plays its first final in only its second year of existence.

For rugby-mad family the Pringles, it could not be more convenient.

Isla (23), sister Lily (17) and father Tony Pringle are all Big River stalwarts, and all hail from Clydevale.

Isla, who works for Environment Southland in Invercargill, said it would be "a bit special" to play such a big game on home turf.

The Big River Country women’s rugby team trains at the Clutha Valley Rugby Club in Clydevale on Thursday night. PHOTOS: PETER MCINTOSH
"It’ll be great to have family and friends out there supporting, but in a way it’s just by chance we’re playing at Valley, because we’re a true South Otago team that draws from right across the district."

She acknowledged Dunedin would be a tough side to beat, but said the city slickers could expect a fiery welcome when they visited at the weekend.

"I’d say we’re known for our tough defensive play, and being tight in attack, smashing it out when we need to.

"We always play with a lot of ticker, play for each other, and we’ll be playing for South Otago pride on Saturday."

After the team made the semifinals in its inaugural season last year, she said it was hard waiting to play the final having made it one step further in this season.

"We had a big, big-hearted game last week against University and we’re all buzzing. We just want to carry some of that through into the final." 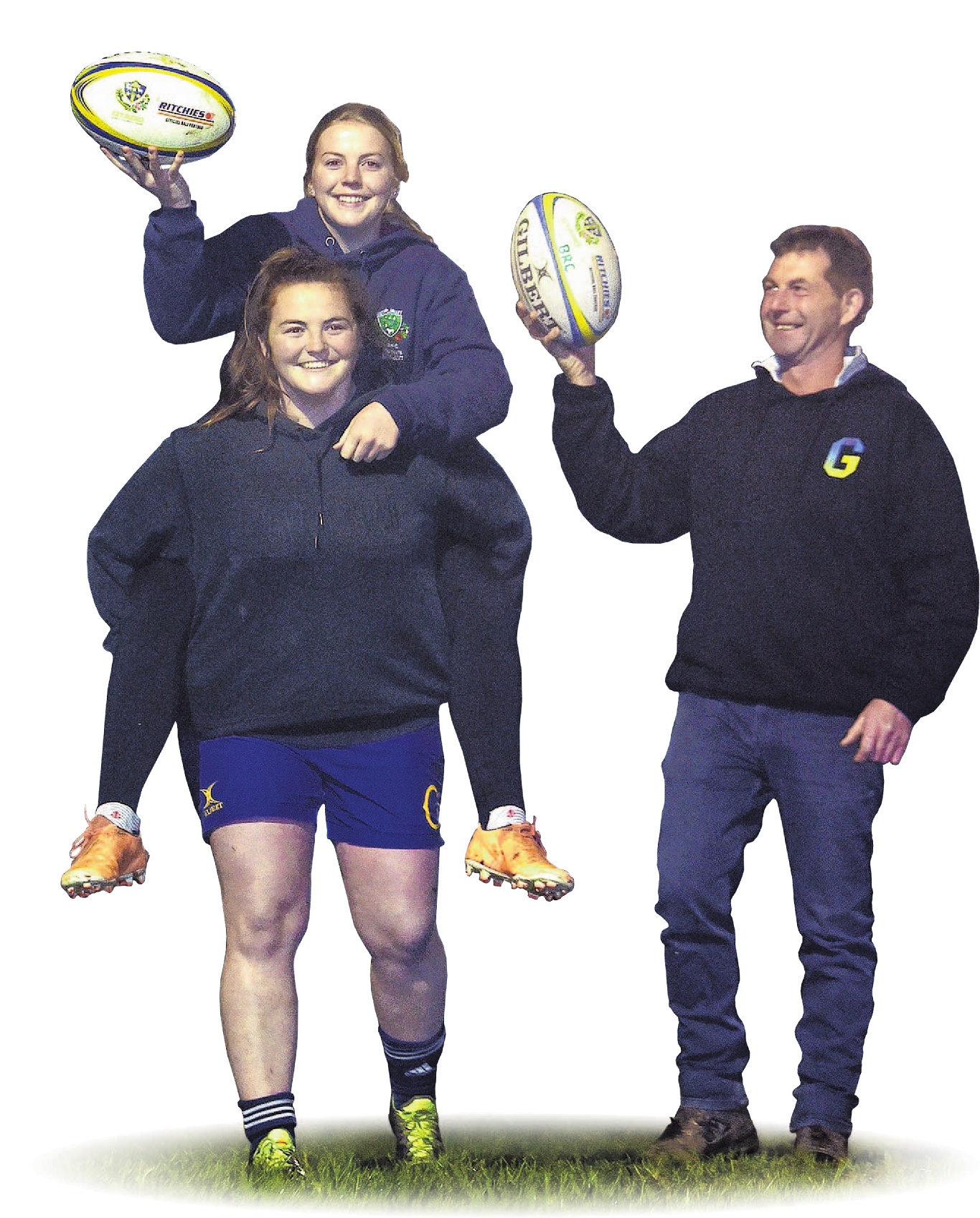 Big River Country women’s rugby family the Pringles — Isla (front), Lily, and father Tony — will not have far to go for the women’s premier rugby finals at their local ground Clutha Valley today.
Much of the team’s strength was drawn from its collective, district-wide nature, she said.

"The girls are from everywhere, so we usually try and play at as many of the different local clubs as possible, where we get a lot of support from the men’s teams.

"We’re so grateful to all our sponsors, and our supporters who follow us round the district."

Last season, Clydevale was the setting for a centenary-year double for Clutha Valley men’s prems, a fact not lost on the Big River team.

"It’ll be a hard fight. But I’ll back our girls the whole way."

The game kicks off at 1pm today.