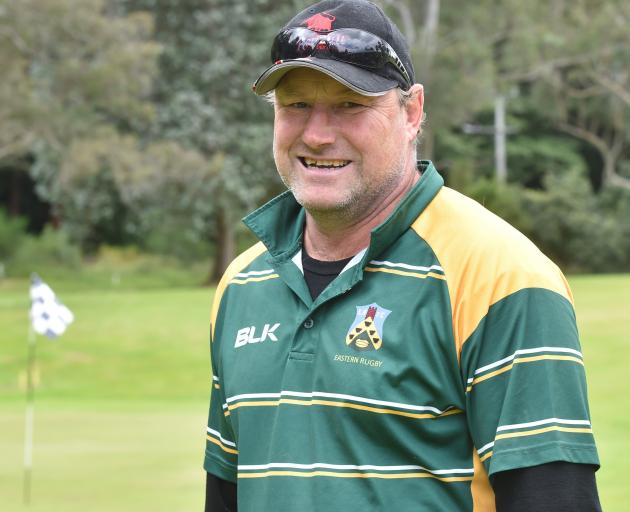 Jeff Grubb ready to play a relaxing game of golf at the Port Chalmers Golf Club earlier this summer. PHOTO: GREGOR RICHARDSON
In a short series, the Otago Daily Times talks to those people who work behind the scenes to keep sport going. Steve Hepburn talks to Jeff Grubb, who has played on both sides of the field.

The thrill of the 15-man game game never dies with Jeff Grubb. It will flicker there for as long as he can take part.

These days when not an ardent supporter of his sons playing sport, he also helps coach referees in North Otago.

Grubb (52) said, like most playing sport, it was a mixture of what happened on the field and and off the field which kept him involved.

"It is the camaraderie, really. Just the people that you meet and all the fun times you have. The games sort of roll on and get forgotten but you meet all these good people along the way" he said.

Grubb was brought up in East Otago in Palmerston and attended East Otago High School. Eastern was his club to start with as a schoolboy and he went through the grades.

But on leaving school he moved to the Taieri plain to work on a dairy farm, which meant a change of colours.

He played for Taieri for five years in the premier grade, starting in the late 1980s, with some decent players.

"They were good times. We had some really good players — Phil Young, Chris Wyllie, Noel Pilcher, Tony Waldron — and scored some good wins. Made the top six one year.

"Ken Bloxham coached us one year, the only year he did before he got sick, and he was brilliant. A tough taskmaster but one who knew a lot about the game."

Jeff Grubb referees a match between Pirates and Harbour at Watson Park in 2007. PHOTO: CRAIG BAXTER
Home town, though, came calling and Grubb returned to the grounds at Waikouaiti to turn out for Eastern.

He injured his leg in the first game in 1996 against Dunedin, and that looked like the end of playing the game.

"I smashed my leg in three places. Tried to take the ball and got hit by three forwards. That was in the first minute. I thought that was it and I would never play again.

"But I came back and kept playing. Ended up playing the final game Eastern played in the top grade."

Eastern was a competitive outfit in the 1990s in the premier grade and it was never an easy game to win at the Waikouaiti grounds.

But slowly players moved on, others retired and the depth was not there. Grubb ended up playing senior reserve grade but by then he had decided to take up refereeing.

Grubb quickly rose up the ranks and became a fixture on the senior grounds, ending up refereeing more than 120 premier games.

"We had a good bunch of blokes there in refereeing and that is what made it great. But getting a good game really depends on the attitude of the players. Sure the game has changed lots. Sometimes it looks like a completely different game. It is faster and the physicality is on a different scale. You didn’t used to get forwards out in the backline and out wide scoring tries."

His favourite game was a Cavanagh Trophy match where Southern led by 20 points at halftime at Forsyth Barr Stadium and ended up losing by more than 20 points to University.

"That was an amazing game. Southern just ran out of puff."

He said a referee had to be fitter than a player and needed to have a total view of the game. Getting a rapport with players was vital. He never got up to first-class level but was happy with his lot.

He no longer refereed senior rugby but was still involved with the whistle as the referee education officer at the North Otago union. He had coached and been on the committee at Eastern in seemingly every role but was no longer an active member of the club.

Tragedy hit the Grubb family when son Andrew died in an quad bike accident in Cromwell in 2016. Andrew had played rugby for Otago Country and cricket for North Otago. An annual match is now played between Cromwell and Eastern at the start of the season.

As for the future, Grubb, who works for a contractor in explosives at Macraes Mine, said he was still enjoying the game.

"I love it. Always have. You make a lots of friends and just do what you have to, help out when you are needed." 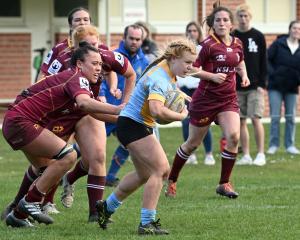 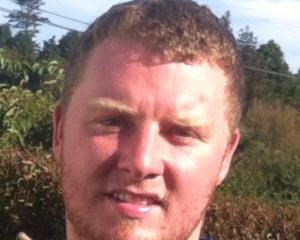 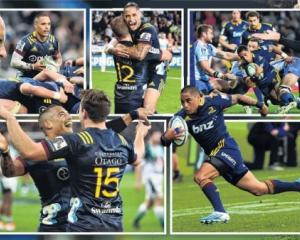