The Highlanders have called Otago winger Freedom Vahaakolo into their squad. Photo: Peter McIntosh
The Highlanders got back into what they are paid to do yesterday. And a crowd came to watch.

The southern franchise held an open training session at Logan Park yesterday afternoon under the hot sun. Players were working through a few drills as the side starts to put together some foundations and gets ready for the season which kicks off at the end of next month.

As per usual at the start of the season, All Blacks are not starting training until a later date. So Aaron Smith and Shannon Frizell will not be sighted for a couple of weeks. After a busy 2020, co-captain Ash Dixon is also starting later as is former All Black Nehe Milner-Skudder. Loose forwards James Lentjes and Liam Squire will also be slow out of the training blocks, both coming back from serious injuries. Lentjes suffered a horrendous ankle break at the end of February last year while Squire has had an operation to fix a troublesome hip.

The Highlanders have called Otago winger Freedom Vahaakolo into their squad to cover for winger Sam Gilbert, who suffered a knee injury last year and is still not back to full fitness. It is a big chance for Vahaakolo but he faces some tough competition in the outside backs.

Hawke’s Bay utility back Caleb Makene is also training with the side covering the versatile talents of Vilimoni Koroi, who has linked with the NZ sevens programme. Koroi is keen to get to the Tokyo Olympics. Whether that dream eventuates and he makes the team will be played out over the coming months. How far he goes and whether the Olympics even go ahead will dictate how often Koroi plays for the Highlanders this season. Makene has been in and around the first-class scene for a while having played for the Crusaders, Canterbury and Tasman before heading home to Hawke’s Bay in 2019.

The 24-year-old had a stand-out season for Hawke’s Bay last year, and is rewarded with a contract at Super Rugby level.

Irishman Jack Regan, who played at lock for Otago last year, has also picked up a short term contract to fill a few holes in the second row as Pari Pari Parkinson recovers from ankle surgery last year. Parkinson did not play for Tasman in last year’s Mitre 10 Cup.

Three young Otago players have also joined the camp: halfback James Arscott, loose forward Sean Withy and prop Saula Mau will train with the side for a period on a mixture of development contracts and to cover for absent players. 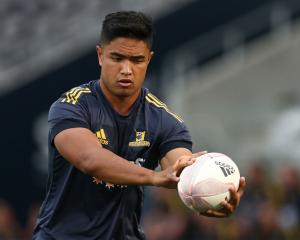