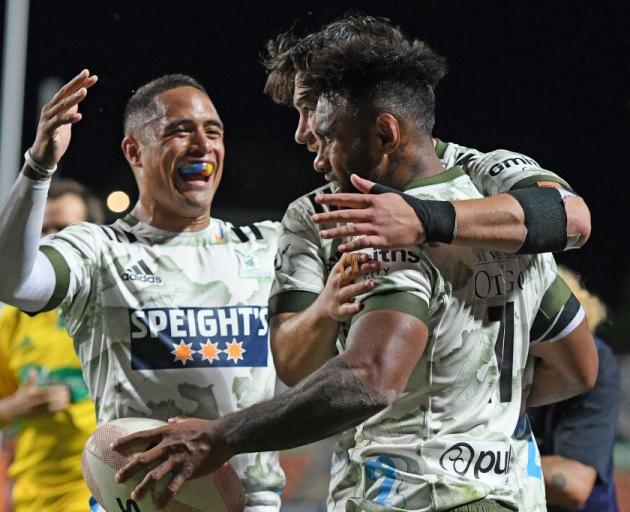 The Highlanders celebrate an away win against the Chiefs in this year's Super Rugby Aotearoa competition. Photo: Getty Images
The Highlanders will be heading to Hamilton, not Christchurch, to start the 2022 season.

Sanzar has today confirmed a revised draw for the inaugural Super Rugby Pacific season to mitigate the potential impact of border uncertainties.

The first 10 weeks of the competition will focus on derby matches, so the five New Zealand teams plus Moana Pasifika stay on this side of the Tasman.

The Highlanders had been scheduled to open with an away game against the Crusaders but that fixture will now be played at Forsyth Barr Stadium in the second round.

The Highlanders' opening game will now be a Saturday afternoon clash with the Chiefs in Hamilton on February 19.

There will be another five games played in Dunedin in 2022 with a good mix of Friday, Saturday and Sunday games against Moana Pasifika, the Blues, the Hurricanes, the Force and the Waratahs.

The Super Round, when all 12 teams gather in one city, has been moved to Anzac weekend in Melbourne, and will feature the Highlanders taking on the Brumbies.

The two Highlanders pre-season games remain unchanged. They play the Crusaders in the Farmlands Cup in Weston on February 4, and Moana Pasifika in Queenstown a week later.