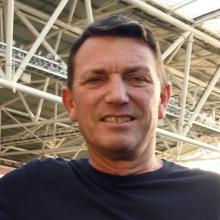 Roger Clark
The Highlanders will take a pre-season hit to their finances and are bracing themselves for a cold autumn.

They have been forced into playing their first pre-season game, the annual Farmlands Cup clash against the Crusaders at Weston on February 4, behind closed doors due to the shift to the Red light setting.

A second game, against Moana Pasifika in Queenstown, has been cancelled but may be revived at a different venue if some logistics can be sorted.

"We will take a massive financial hit — and that probably applies for the whole year," Highlanders chief executive Roger Clark said yesterday.

"Both games were revenue generators for us.

“We are devastated to have to shut out the public from Farmlands Cup and cancel our game in Queenstown. Our pre-season games are always some of our favourite events where we can get out to our regional areas and we hope to be able to return to these regions in the future.

"It’s disappointing, but it’s almost what we are used to now in terms of whatever Covid throws at us."

Most expect the early rounds, at least, of the full Super Rugby Pacific season to be played behind closed doors, another blow to the Highlanders as ticket sales are a major part of their income.

At least those games were going ahead, Clark said.

"That’s been signalled by the Government quite clearly, as long as we’ve got healthy teams.

"We’re still working through the permutations of looking after our members and sponsors in groups of 100, and how we can keep everybody safe.

"The key thing for us is to make sure these games are played, and the way to do that is to keep the team healthy. Everyone is working together closely to mitigate our risk."

The major problem with the Queenstown game was that it involved bringing the Moana Pasifika team south on a commercial flight, something New Zealand Rugby wanted to avoid under Red as it heightened the risk of spreading Omicron.

"We had Moana Pasifika on a commercial flight, and we’d paid the deposit, and it’s too expensive to get a charter flight," Clark said.

"So with no crowd, the whole commercial viability of the game, both for the locals and ourselves ... it’s just not worth doing."

The Highlanders still wanted to play that game but needed to find a low-cost alternative and were assessing their options.

It is simpler for the Weston game to go ahead behind closed doors as it involves the neighbouring Crusaders, and both teams can travel by bus and back in a day.

"It’s actually just about the only place we can play," Clark said.

"A lot of other venues are out or have cricket on, and Weston was already being prepared."

Clark said the Highlanders were disappointed for the Valley club, which had done an immense amount of work to prepare for a festival atmosphere and a booming crowd at the Farmlands Cup, and hoped they could return to North Otago some day.

School visits, a family fun day and a post-match performance from Dave Dobbyn and band were all cancelled.

Valley president Hamish Loe said the club was "gutted" its big day had been shut down.

"We’re very disappointed. A lot of hours have gone into planning everything, from food stalls to the preparation of the ground to our fund-raising dinner, and it’s been a bit shattered.

"It’s frustrating. We’ve done everything we can, and maybe it’s the only opportunity Weston will get to host that game.

"We just have to suck it up and get on with life."

Valley had invited fellow country clubs Kurow and Maheno to co-host a dinner the night before the game.

That would go ahead but the sold-out crowd of 300 would have to be reduced to 100 — Low was not relishing the task of disappointing 200 people.

Highlanders and Crusaders players were scheduled to attend the dinner but will be absent now, although former All Blacks coach Steve Hansen will attend as guest speaker.

Highlanders fans who bought their tickets online for either pre-season game will have them refunded automatically via Ticketek. Any tickets purchased for the Farmlands Cup from local stores will need to be returned for a refund.

The Highlanders have also postponed indefinitely a public training session that was to have been held at Logan Park tomorrow.