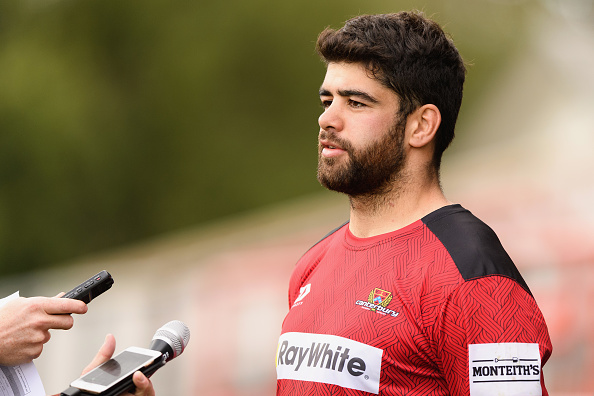 Harmon, who debuted as a back-up for Matt Todd in 2018, was effectively surplus to requirements following the emergence of Canterbury provincial teammate Tom Christie, and Tasman’s impact loose forward Sione Havili.

Harmon started the fully-fledged Super Rugby season as Todd’s successor in the crucial No 7 role but was subsequently usurped by Christie and Havili after the Covid-19 break spawned the domestic Super Rugby Aotearoa competition.

The 25-year-old, who was named in Canterbury’s 37-man squad for the Mitre 10 Cup on Wednesday, said it was clear his Super Rugby career had to deviate in 2021 after a discussion with Crusaders coach Scott Robertson.

"I sat down with Razor and he didn’t have much to say,” Harmon said.

"My time’s up at the Crusaders and I’m excited for a new opportunity.

"It wasn’t a hard decision. I only had one option.

Harmon appears a logical pick-up for the Highlanders after openside flanker and North Harbour captain Dillon Hunt recently announced he had signed with the Blues.

Hunt, a two-test All Black, joined the Highlanders in 2017 to bolster an injury-depleted depleted loose forward unit and developed into a key cog in the pack.

Originally from Auckland, Hunt returned to North Harbour for the Mitre 10 Cup in 2018, after three years with Otago.