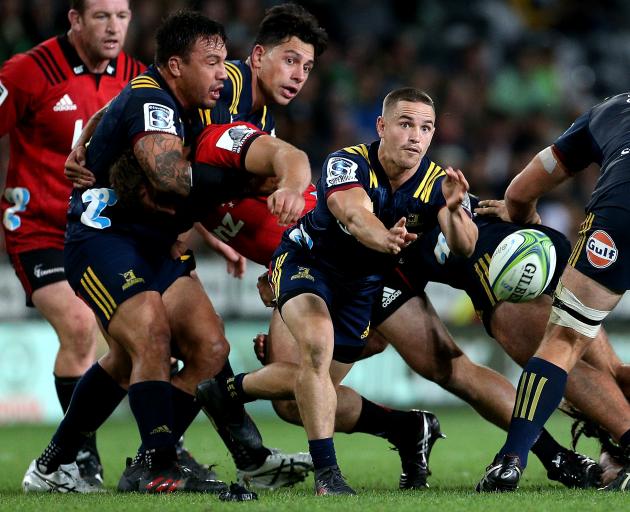 Picked up by the Highlanders last year, the 27-year-old has emerged as a reliable back-up halfback to the 71-test All Black.

Having gradually played his way into more minutes this season, he has helped the side finish strongly with a string of solid performances off the bench.

That was rewarded with a start against the Blues last weekend and Hammington enjoyed the extended run in the 34-16 win.

"It was good to get out there," he said.

"Obviously Nuggy's [Aaron Smith] been playing pretty well, so I was pretty stoked to get the opportunity, especially against a team like the Blues.

"It was good to get a run around for 50-odd minutes and test the legs out."

He has again been named on the bench for the Highlanders against the Bulls in Pretoria this weekend.

Hammington arrived in the South after playing five games for the Chiefs, having been called into the Chiefs as an injury replacement in 2015 and 2016.

Fumiaki Tanaka had just left and the Highlanders were in need of a reliable second-option in the No9 jersey.

Playing understudy to arguably the world's best halfback has its benefits.

Hammington feels exposure to Smith on a daily basis, as well as the competition among the three halfbacks in the squad, is helping him improve.

"Obviously last year and this year's helped my game a lot and Nuggy's definitely grown that.

"There's a lot of competition between Nuggy, myself and Josh Renton back home that's definitely helped develop my game quite a lot."

He had been reasonably happy with his performance against the Blues.

Starting required a different mindset, although it was one he tried to prepare for every week anyway.

"I suppose we try to prepare during the week as if we are starting, but it's definitely a different game.

"When you're coming off the bench you're trying to add a little bit of energy and get the boys up.

"Whereas starting you've got a different plan, so you need to execute and you've got a lot more game to play with, so I enjoyed it."