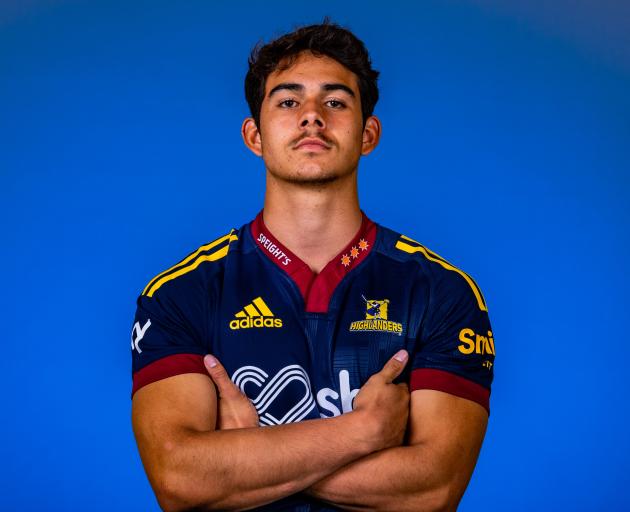 Noah Hotham. Photo: Getty Images
The Highlanders under-20 team looks to have some depth in key areas for a quickfire national tournament kicking off in Taupo on Sunday.

A tournament involving the New Zealand franchises’ colts teams was set to be played in early March, but Covid-19 threw a spanner in the works and it was delayed for a couple of months.

The young Highlanders have continued training, and the real work is about to begin.

Former King’s High School coach Ryan Bambry, who is also the assistant coach for the Otago NPC team, guides the side with the help of Will Henry, Dean Moeahu and Jason Forrest.

The Highlanders have plenty of experience despite the age restriction

Halfback Noah Hotham is the captain. He is out of Hamilton Boys’ High School and plays for Alhambra-Union, where he has been in impressive form this year.

Otago decided not to sign Hotham when he headed south last year, so he linked with Tasman and has already played NPC rugby.

The vice-captain will be Fabian Holland, who has also played at first-class level, and has turned out for the Highlanders already this season.

The Highlanders’ front row includes Jack Taylor and Mahonri Auva’a, both of whom were selected for the NZ Barbarians schools squad last year, while prop Rohan Wingham returns for a second year, having made the NZ schools side in 2020 - a paper team which did not play a game because of Covid 19 restrictions.

Miller played in the tournament last year and made an impression. He also played for Otago last year.

Finn Hurley, who has made a big impact at club level in a short period, will slot in the back three.

The Highlanders have six players back from last year and 13 of them will be eligible for the tournament next year.

They open with a game against the NZ Barbarians side on Sunday. Southland halfback Josh Murrell is a member of the Barbarians team, which includes players from all round the country who did not make the cut for their franchise side.

The Highlanders then play the Blues on Wednesday and finish with a game against the Chiefs on Saturday.

A New Zealand under-20 team will then be picked to play on the Gold Coast next month, coached by Otago NPC coach Tom Donnelly.

The Highlanders won two out of three games last year.