Rugby: Hore happy to prove he still has footy left in him 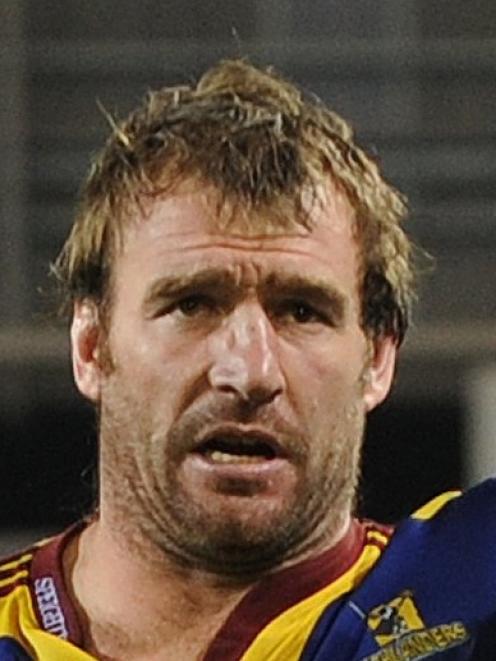 Andrew Hore
Andrew Hore admitted he did not have to look far for motivation to play a good game on Saturday night.

The new Highlanders hooker may be made of good Central Otago farming stock but he spent 10 years in the capital, playing for the side he came up against in Wellington.

"I won't lie - it was pretty motivating to get out there and prove to them I still had some footy left in me.

"The team stuck in there and we won ugly, but we won and that was the main thing," Hore said.

"You play in a team for 10 years and lose a lot of sweat for them and gain a lot of respect, really.

"But they could have snuck [in] there with the win in the end but we hung in there."

It was touch and go for the Highlanders on Saturday night, as they squeaked home by two points in a match which will not linger long in the memory.

A stop-start affair, it was not helped by the presence of two different referees, as Bryce Lawrence limped off at halftime with a tight hamstring.

Both teams made errors and struggled for continuity but it would have been disappointing if the Highlanders had lost, as they had the majority of possession and territory.

The lineout from the Highlanders was sloppy and they turned over ball too often.

Hore was not slow in blaming himself for the lineout troubles and said the game needed to be blown open.

"We weren't far away, really ... but a team like ours hangs in there a fair bit and if we had got a try that would have given us a bit more belief and things could have really gone.

"The Hurricanes are much like us, really. The longer you are in a game, the longer they fight.

The Highlanders had a chance to deliver a killer blow 15 minutes into the second half after Hosea Gear broke through the defence and ran 70m.

He was lowered 20m short of the goal line, the ball was quickly moved right and winger Kade Poki went over, only to be pulled back with replacement referee Keith Brown ruling it was a forward pass to Poki.

It was a marginal call and the Highlanders then blew a golden chance a couple of minutes later when lock Josh Bekhuis could not hold a pass in the corner with the line open.

Phil Burleigh perhaps should have backed himself for the line rather than throw the pass to the big lock.

The Highlanders started well and were up 13-0 after 25 minutes of the opening period.

Colin Slade kicked an early penalty and then barged over after the Highlanders had swung on to attack following a quick tap kick from Jimmy Cowan.

It was moved on by Ben Smith, and after a number of drives at the line, Slade took a flat ball from Cowan to score.

The Hurricanes came back well in the later stages of the first half to go into the sheds one point ahead.

Beauden Barrett slotted two penalties and then Cory Jane dotted down in the corner following a nice run from Julian Savea.

But that was the last try of the game and it was left to Chris Noakes to slot the winning penalty with five minutes left.

Best for the Highlanders were prop Jamie Mackintosh and lock Bekhuis, while Gear looked lively.