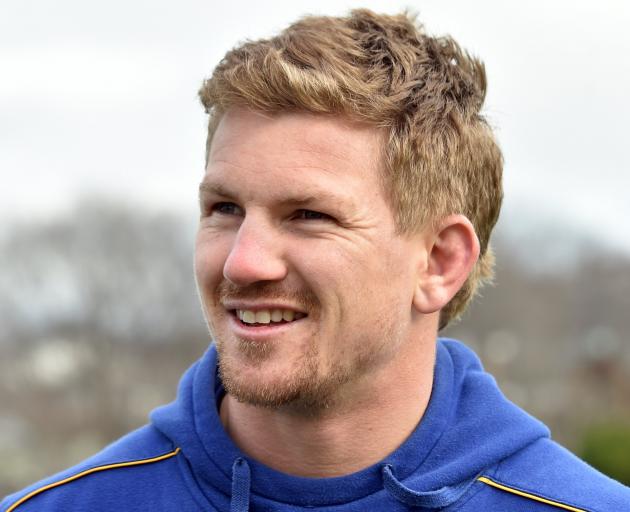 James Lentjes. Photo: Peter McIntosh
James Lentjes is back training and the shoulder is mostly fine.

Rumours had surfaced the veteran openside’s latest injury setback may have been the type to hasten retirement.

He injured the AC joint in his shoulder during the Highlanders’ final round-robin game and missed the playoff game against the Blues at Eden Park.

That was four weeks ago, which was ample time for some dark scenarios to take root. But the 31-year-old is not ready for life after rugby yet.

He has another year to run on his Highlanders contract and he is looking forward to helping Otago press for glory in the NPC.

"I did it bad enough that it is still healing now and I couldn’t really play through it," Lentjes said.

"But there is no structural damage.

"It is looking like it will be all good for the pre-season games or for round 1 anyway."

That round 1 game is against Counties-Manukau in Auckland on August 6 and Lentjes reckons it will be key to the campaign.

"We are up there for the first round-robin game which, the way I see it, will be pivotal because there are a lot of good teams on our side of the draw."

Otago is in the odds pool with Waikato, Hawke’s Bay, Bay of Plenty, Wellington, Southland and Counties-Manukau.

The top four teams in each pool progress to the quarterfinals.

Otago made a slow start last season but finished strongly. Its prospects look bright again given the squad it has assembled so far.

"I think we’ve got a pretty good team. We’ve got an exciting backline and a couple of guys back from injury we didn’t have last year — your [Thomas] Umaga-Jensens and your Jona Narekis, which is nice to have.

"But also we’ve lost a couple of key guys in Liam Coltman, Sio [Tomkinson] and Kayne Hammington, so we will need people to step into leadership roles.

"But I think we’re a very good side on paper — we’ve just got to put it together on the park, I suppose."

Otago is expected to release its full squad next week but has 26 players confirmed.

Lentjes will be joined in the loose by Sam Fischli, Sean Withy and Christian Lio-Willie, who is injured and is expected to be out for the early stages of the competition.

Otago will need a hard-running No 8 to fill the void until Lio-Willie returns.

Halfback is an area Otago will need to do some recruiting as well. James Arscott and Nathan Hastie are contracted. But Hastie had shoulder surgery in Christchurch on Thursday and is out for the season, while Hammington has moved on so Otago needs a couple of replacements.

University No 9 Kieran McClea and Taieri halfback Bob Martin are in the high-performance training squad and are the best of the local players.

Otago has a pre-season game against Canterbury in Oamaru on July 29 and a week earlier will have a hit-out against Southland in Invercargill.