Mako to turn out for Stags 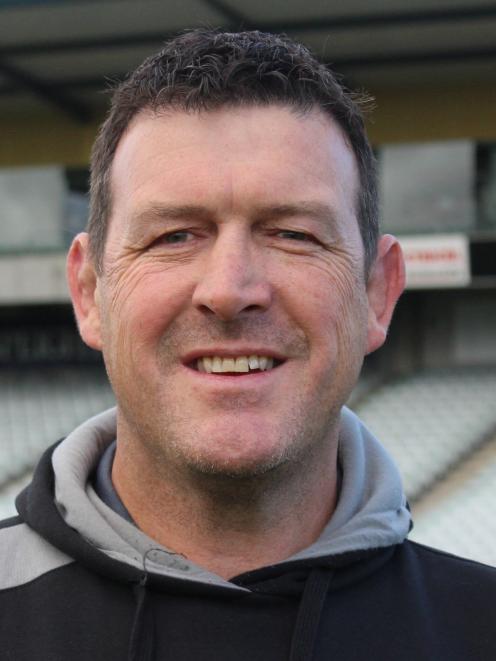 Dave Hewett
Southland has secured the services of Tasman hooker Jesse MacDonald for the derby match against Otago in Invercargill tomorrow.

MacDonald joined the Stags in Invercargill on Monday as cover for the injured Andrew Ready.

Ready himself was recruited days before the start of the season when frontline hooker Brayden Mitchell was ruled out of the entire 2018 Mitre 10 Cup because of a neck injury.

Ready, a Reds Super Rugby player, started against Counties last Saturday but was forced from the field in the first half with a knee injury.

The Stags had used young hooker Jaya More in the pre-season, but Southland coach Dave Hewett has opted to bring in the experienced MacDonald, who has been released on loan from Tasman.

This season MacDonald had been part of the Tasman Mako wider squad, where he sat behind frontline hookers Andrew Makalio and Ray Niuia.

Hewett said MacDonald, who has also played Mitre 10 Cup rugby for Hawke's Bay, had quickly settled into the Stags setup.

"He's doing a great job picking up all of the calls, so he has done well. He arrived on Monday and we had a lineout session on Tuesday and he pretty much hit every option we called."

Flanker Wade McRae, who has had a strong season to date, will also miss the Otago showdown after failing a concussion test this week.

Second five-eighth Ray Nu'u was injured in the final act of the game against Counties and has also been ruled out for tomorrow's fixture.

The good news for the Stags is Tayler Adams is expected to return from an ankle injury to start at first five-eighth.

It would mean James Wilson would push out to second five-eighth to replace the injured Nu'u.

Loose forward Tony Lamborn and lock Manaaki Selby-Rickit were both left out of the 23 which lost 43-26 to Counties but are expected to return to take on Otago.

The team will be released today as Southland continues its search for its first Mitre 10 Cup win since 2016.

A big focus for Southland this week has been on accuracy, Hewett stressing he wanted to see the team convert any try-scoring opportunities presented to it against Otago.

"I would like to see improvement in our execution, finishing the opportunities we create.