Motivation must come from within, workshop told 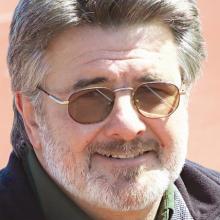 Ken Hodge.
Trying to find the right motivation to train is something a lot of people will relate to.

How that functions at the elite level, though, may be a bit more foreign.

That was what University of Otago’s Dr Ken Hodge delved into during his presentation yesterday at a high performance rugby workshop hosted by the Otago Polytechnic.

The workshop, which focused on various elements of strength and conditioning, was in its last day after beginning on Wednesday and had attracted global interest.

Intrinsic motivation, or that coming from the person wanting to do something themselves as opposed to doing something because they had to, was the most beneficial in the long term.

While external motivators could work in the short term, he said the goal in sports psychology was to help the athlete become as self-sufficient as possible.

That involved giving the athlete a sense of choice in what they were doing, giving them the belief they had the ability to do something and showing care towards the athlete.

If those could be achieved, the athlete was more likely to be motivated by themselves, rather than by a coach telling them they had to do something.

Hodge said that led to higher quality of motivation, which he stressed was more important than the amount of motivation.

Therefore, creating an environment within a team that fostered those needs was important.

Creating goals with athletes, not for them, was important and helped in figuringout where they wanted to get to.

He said enjoyment was important, even at the elite level, calling it "not a soft option".

A key thing he said the All Blacks had done was to strengthen their strengths, rather than just working on their weaknesses.

By working on things someone was already good at, it helped create a positive mindset, as it often led to an element of success.

The final point he emphasised was to respect athletes and players as people first.

That meant viewing athletes not just in terms of their value to a team, but as people with lives outside of sports and with feelings associated to what was happening.

Hodge’s presentation was one of about 20 given over the past three days.

Participants from Argentina, Spain, South Africa and New Zealand were in attendance.