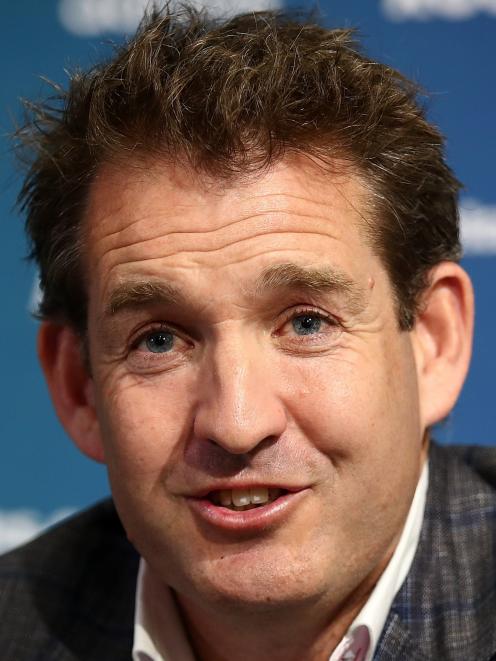 Mark Robinson
New Zealand Rugby will have a new man at the top when the season starts. Mark Robinson takes over from Steve Tew as the chief executive. What is on his agenda, and how much can he actually do?

Rugby writer Steve Hepburn looks at what Robinson will be measured on, and whether he can make any difference.

1. Keep the All Blacks winning

How much difference can Robinson make to the national side? He does not actually play the game but he was part of the team which appointed the coach, so the buck stops with him.

The player pool is probably not as deep as, say, 10 years ago in NZ but the side should be still good enough to win more than it loses. Players will leave for overseas and you can not keep everyone.

The real heat will come on if the side does start losing and the head of the coach is called for. That looks unlikely to happen but success can never be taken for granted. Going on what is happening at under-20 level, it could be dark skies ahead.

2. Bring some life to Super Rugby

It has been punched around and had more face-lifts than Joan Collins. After this year, the Sunwolves are supposed to exit and it becomes a straight round-robin. The number of local derbies are halved, which will please the players and coaches. They, though, are the takers in this financial equation.

By taking away half of the best product — the derbies — are the givers, the fans, still going to roll up in the same number?

The competition was not that hard to understand. The best team always won it.

Teams are losing two home games every second season. Apparently, with fewer games to choose from, spectators will go more often. "Apparently" is the key word here. There is not much Robinson can do. NZ is not the cash king in this equation and money talks in Super Rugby

The biggest issue with the domestic competition is history. People hark back to packed stands of 25 years ago and say it is nothing what it was. But life is not the same either. Is Coronation Street on at the same time? Does anyone still send Christmas cards?

Accept it for what it is — a provincial competition that does not have mass interest across the country. Rumours continue to fly about it heading back to amateur days but hard to see that flying.

Changing it will require support of all 26 unions. Good luck with that, if Robinson tries.

4. Allow some sanity to get back into high school rugby

Anyone read those high school prize lists? How many co-educational schools handed out rugby prizes?

The game, if not dead, is on life support in many, many co-educational schools. Single-sex schools grab all the talent and have dedicated programmes. Fair enough, but the game is losing and leaving behind a lot of school pupils, who are future coaches and administrators.

Unions are trying their best and working hard but it is not easy in the modern era with so many other things to do. Robinson can not change society. This is not North Korea and he is not Kim Jong-un.

5. Continue to make the game relevant

The sport has been the national game for 100-plus years. It should remain that. The All Blacks are still the most dominant team in the sporting Land of the Long White Cloud.

It is no longer the rugby, racing and beer land but the oval ball still attracts plenty of interest. Robinson would have to make some poor decisions to muck that up. Changes around game structure at lower levels show some deep and encouraging thoughts have already gone into this.

Robinson and NZ Rugby has already had the best present any incoming boss could get — financial security.

The Sky deal is a massive coup for the union and bankrolls so much of the sport. NZR was lucky with its timing for the renewal of the deal. Spark was circling and Sky knew it had to throw everything at it or it was toast.

It did that. NZR accepted and now has plenty of money in the bank. It will cry more is needed but the cash from Sky is a sound base.

NZR is not by nature a revolutionary organisation and

Robinson is unlikely to rock the boat. In the end, his shareholders do not want massive change. They just want the All Blacks winning, Super Rugby and provincial sides getting victories here and there and having a game to care about.

Robinson will face challenges — the sport is always facing them — it should not go too far off track.