New names in outside backs due to injuries 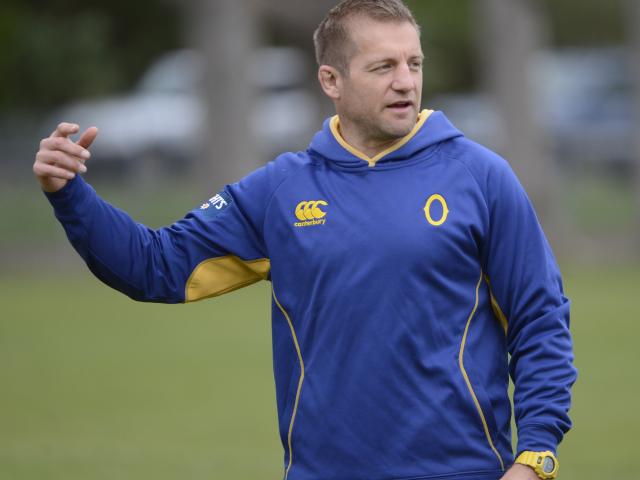 Englishman Henry Purdy (25) has played more than 80 games for Gloucester. Lock Joe Latta knew of Purdy which started the wheels in motion and Purdy arrived in the South on Tuesday.

He is straight into the team on the right wing.

Taylor Haugh is at fullback.

Otago coach Ben Herring said Purdy came with good enthusiasm and had fitted in well. He was released by Gloucester at the end of last season.

Aleki Morris-Lome will make his Mitre 10 Cup debut for Otago at centre in a green-looking backline.

Harbour outside back Sala Halaleva and Taieri's William Ngatai come into the reserves.

Herring said it was a chance for the two young players to get a taste of the top level. He felt they could have done with more time in the development team but injuries had dictated the promotions.

Josh Timu is still getting over an ankle injury, Michael Collins should be back next week from a groin injury, Matt Whaanga has a knee injury which should come right while Mitchell Scott is out for the season with a pectoral injury.

Herring said injuries had to be expected but they had tested the depth of the outside backs especially.

Hooker Ricky Jackson, who looked set for a big year, was still in hospital with a leg infection and had an operation on Thursday. He should be out of hospital soon but any return to the field was some time off.

Former All Black Adam Thomson was being eased back into the first-class scene and could play a part in the Ranfurly Shield defence against Southland.

After the Ranfurly Shield pre-season matches, Herring is keen for the side to show some real fizz, and perform under stressful situations.

Bay of Plenty has a scattering of experience in its side.

Dan Hollinshead, who joined the Highlanders as a replacement this year, will start at first five-eighth with Chase Tiatia at fullback. Former Otago winger Fa'asiu Fuatai starts his second season for Bay of Plenty while Hugh Blake appears again on the blindside flank.