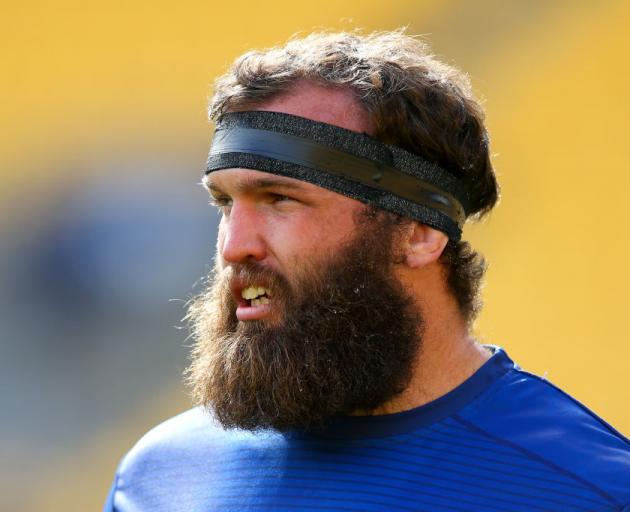 That threw the best-laid plans up in the air but Otago managed to negotiate to be allowed to play Coltman for 30 minutes against Wellington. He ended up playing the entire first half and formed part of an experienced front row which was strong at the set piece and got round the field.

Coltman was ably replaced by Ricky Jackson, who continues to grow at this level.

Coltman was with the All Blacks yesterday and would stay with the squad until Wednesday this week along with Otago first five-eighth Josh Ioane. Ioane has been called into the camp with Beauden Barrett pulling out of yesterday’s test because of an Achilles issue.

Ioane, who made his All Black debut last year, is playing a cool hand for Otago and is a real key for the side. He is more than likely to be picked for the expanded All Black squad to go to Australia and play in The Rugby Championship.

Coltman must also be a big chance. That may mean their Otago season may be over as early as this week.

Otago midfield back Aleki Morris-Lome was stood on during the warm-up and though he started the game on Saturday, lasted less than five minutes before he was forced off. He had pulled up all right yesterday but more may be known in the next couple of days.

Taylor Haugh has done his anterior cruciate ligament in his knee and is gone for the season, while Mitch Scott has pulled his groin and is unlikely to be sighted for more than a month.

With the win over Wellington, Otago has won three matches from five games and, on 15 points, is well in the playoff battle in the Championship.

With the next two games at home against Championship sides Counties-Manukau and Northland, Otago is in charge of its own destiny.