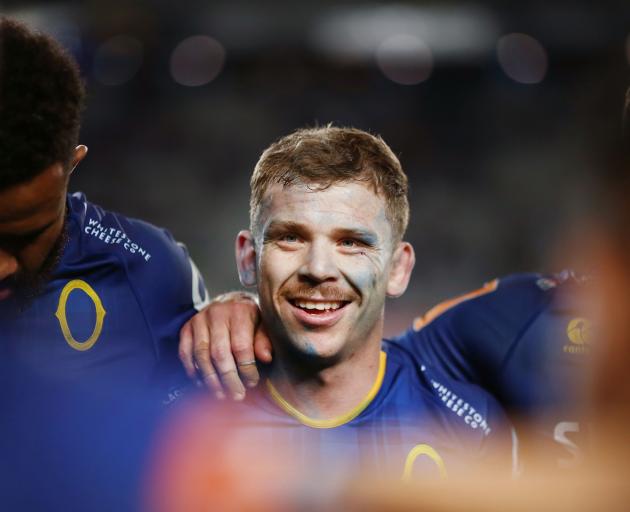 The 27-year-old injured his right shoulder during a pre-season game for the Sassenachs in early August and was ruled out of the Mitre 10 Cup season.

But the expected three-month lay-off has turned into seven months and there is no end in sight.

The Taieri stalwart suffered nerve damage which continues to give him pain and may require corrective surgery. He will see a surgeon in a couple weeks for an assessment.

Unless there is a "miraculous" turnaround, he will not be playing rugby for the foreseeable future.

"I did it in the last pre-season game against Tasman, just before Mitre 10 kicked off. It was a bit of an instant shock," Hammer said.

"I thought I had dislocated it because my whole arm was floppy.

"But it was nerve damage and at the start we did not realise the extent of the injury.

"Even a few tests did not give us much. We thought it might only be three months but I’m still having ongoing issues.

"I can do daily activities but it is the little things like brushing my teeth when I notice it is not actually working properly."

Hammer made his debut for Otago in 2017, having fought his way back from a bowel operation to remove a growth earlier in the year.

The following season the combative player made 11 appearances and was looking forward to big season last year.

He would have been competing with Kayne Hammington for a starting spot but injury struck and the rivalry never eventuated.

"Coming back from bowel surgery and getting the opportunities I got was great, so it was pretty gutting to get this injury. But I sort of accepted it during Mitre 10 that I was not going to be playing and put effort into helping the team where I could.

"But since that has finished there has been this unknown — will I play or will I not?

"I’ve gone with the mindset that I’m not playing and am focusing on a career outside of rugby.

"If it comes right it will just be a bonus."

Hammer was a personal trainer before the injury but is now hoping to transition into sales.

While his playing career in uncertain, Hammer has taken on a role with his club side.

He has led the strength and conditioning programme for the Eels during the pre-season and will be assisting co-coaches Scott Guthrie and David Hunter.

"It is actually nice. The boys are listening more than I thought they would," he joked.

The benefit of working so closely with the Taieri camp is that if that "miraculous" recovery takes place, he will be all set to "jump right back in there".