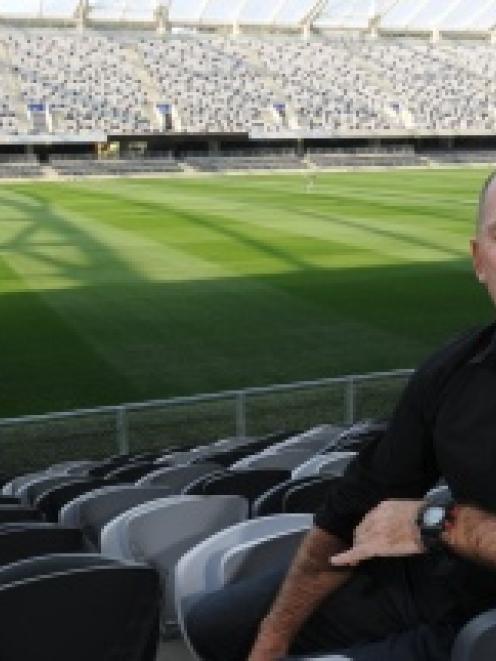 Jeremy Curragh may have packed his bags and gone home, but he is warning the job is not over yet for Otago rugby.

Curragh was the Otago Rugby Football Union change manager for the past four months, putting a rescue package together to stave off liquidation and plot a viable future for the 131-year-old union.

The former Bay of Plenty Rugby Union chief executive was called into the ORFU in mid-January to try to sort out the financial mess the union faced.

He was initially supposed to be here for four weeks, but that dragged on for four months as the union lurched to the edge of liquidation before finally staying in existence.

But Curragh (43) warned the ORFU still had work ahead of it.

"The union has come back from a deep dark hole, but there is still a long row to hoe. It is in a good starting position but it is about getting those strong relationships with all the key parties," he said.

"The appointment of a new general manager, or whatever that position will be, is critical.

"You need a really strong leader who has good person skills, and good financial skills. A person who knows the business. They will have the support of a new and very competent board."

Curragh said it did not take long after he arrived to realise the bleak situation the Otago union was facing.

"It was reasonably early on that I realised how serious it was. Quickly assessing what the options were, I had a look at the budget and we were looking at a loss of three-quarters of a million this year. That had to change pretty quickly."

Curragh came up with a new budget, with a modest profit, and with support of other parties the union did not enter liquidation, which looked a near certainty at its annual general meeting in late February.

"There were numerous occasions when I did not think we would make it . . . There were times when I thought we were there [saved from liquidation] but then one of the main parties would have an issue and a change of heart and things would have to be worked through again.

"I never felt totally confident we would get over the line. The last couple of weeks I became more confident but it was touch and go there for a long time.

"But I just had to remember I was coming in as an independent and I could not get caught up in the emotional side of things. I suppose you could say I was a diplomat, who had to see all sides."

After many late nights, Curragh, who left wife Yvonne and children Molly (9), Sean (7) and Finn (5) back in Mt Maunganui every week, managed to stitch together a deal last Thursday.

A new board was announced for the union, with most creditors to be paid in full by the end of this month.

Curragh said the lessons, for Otago and other unions, were clear.

"The thing with being a provincial union is you spend your money before you earn it. Everything is back to front.

"Then you have to have really strong relationships with people like the council, the stadium, trusts and all your other key people."

Curragh enjoyed the challenge but a family holiday in the Coromandel was next on the agenda.

He would be moving on to another business opportunity, which had not yet been finalised, though it would not be in rugby.

He had fond memories of his time in the South, and Otago would now be his "second" team.

"There is still a massive amount of support for Otago rugby. I got around the traps and it was heartening to see all the support.

"Now we've got club rugby up and running, the kids are playing, the Highlanders are doing well.

"The focus is moving back to on the field, rather than off the field.

"And that is the way it should be."