Rugby: Otago clubs call for ORFU board to resign 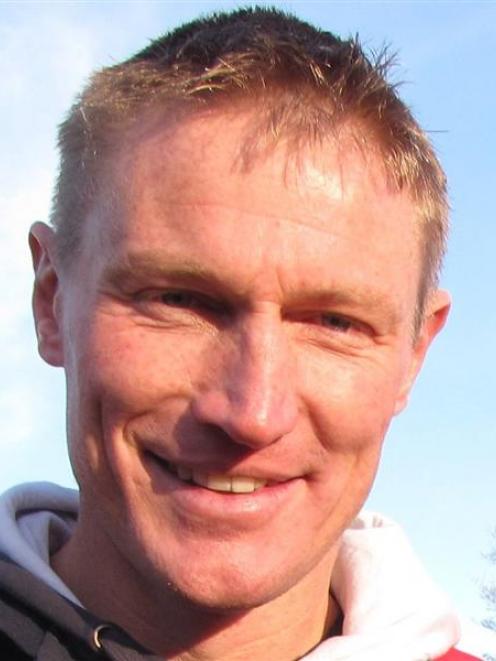 Simon Spark
It appears a majority of Otago clubs will support the mass resignation of an embattled Otago Rugby Football Union board.

Monday night shapes as one of the most pivotal in the recent history of the ORFU, when the annual meeting is set to lay bare the union's disastrous financial situation.

The union is due to report a loss of several hundred thousand dollars, and it has a negative equity of more than $2 million.

Speculation the New Zealand Rugby Union may advise - or even force - the Otago board to fall on its sword is rampant, and about two-thirds of chairmen/presidents canvassed by the Otago Daily Times yesterday were in favour of a clean-out.

Arrowtown chairman Simon Spark wants the ORFU board to follow the example set by Rugby Southland, which also fell into a financial rut, and resign as a unit.

"Laying all the blame at the feet of previous administrations is foolhardy," Spark said.

"You can't tell me that the board didn't know what our financial position was until they were bankrupt.

"Their job is to know the financial position of the ORFU. The board should resign because they have been negligent in their management of ORFU affairs.

"It's an embarrassment to get a man [change manager Jeremy Curragh] in from another part of the country to sort out the financial affairs."

Spark wants all provincial unions to lower their sights and expectations.

"We all need to show fiscal responsibility," he said.

"The board has to take responsibility for this. Why did they not know this was happening or did they know and swept it under the carpet? A good board would have sorted this out a long time ago.

"We are at rock bottom. The only way is to go up, with a different model than we had in the past."

Wakatipu president Damien O'Connell would like to see the board resign.

"We've got to get back to basics," O'Connell said. "Professionalism is ruining rugby at grassroots level.

"It's a bit tough to make the hard decisions when you don't know exactly what went wrong."

Completing a trio of country clubs pushing for change, Clutha president Tim Hutton said his club felt the ORFU board should resign.

Of the city clubs, defending premier champion Taieri is advocating change. President Warren Grant is concerned about the state of Otago rugby and would like the whole structure of New Zealand rugby and how it is funded to be investigated at all levels.

Southern chairman Blair Crawford did not necessarily think the board should resign.

"They haven't created the current situation," Crawford said. "It should be a personal decision if they want to resign."

However, Crawford is concerned about the financial state of the union.

"It is not good for Otago rugby to be in this position. There needs to be strong management on the ground to put in place strict budgets that are adhered to. If the money isn't available they must cut their cloth."

Harbour chairman Jack Medder did not see any purpose in the board resigning.

"If they resign there is the danger that we might not get other people to offer their services," Medder said.

"I'm concerned abut the situation. It is an issue for all rugby people in Otago. We are in a parlous situation and have got to find ways around it.

"We have to look at the issues, acknowledge that it is serious, and we have to be proactive about it. But whatever proposals come up, the local rugby fraternity have to get right behind them."