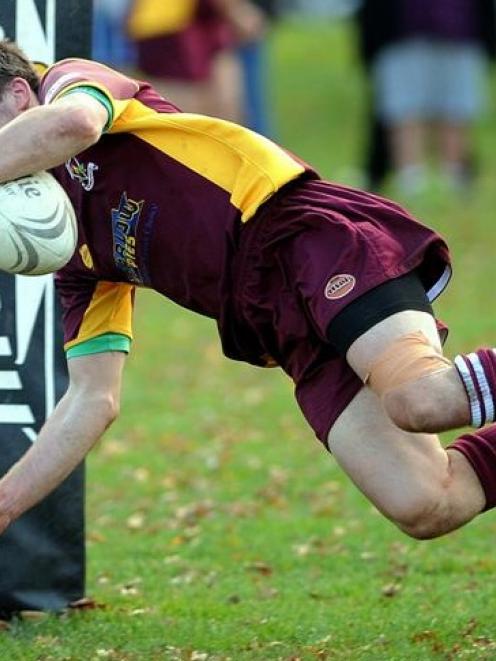 Alhambra-Union fullback Corey McFadzean scores a try during the game against Taieri at the North Ground on Saturday. Photo by Peter McIntosh.
Henry Parker's late try helped Taieri retain its unbeaten record when it beat Alhambra-Union 26-25 in a top-of-the-table clash in Dunedin premier club rugby on Saturday.

Taieri won the Speight's Mug for the first round of the competition with 41 points and was followed by Southern 33, Alhambra-Union and Dunedin 31, Kaikorai 21, Green Island and University A 16, Pirates 15, Zingari-Richmond 14, Harbour 8.

Flanker Gareth Evans reached top form with his strong running and played a key role in Dunedin's 40-17 win over Harbour, while University A produced its best form of the season when it outclassed Kaikorai 39-14.

University A first five-eighth Stephen Fenemore became the third player to reach 100 points this winter when he kicked 14 points for University A. He has 104 points. Liam Edwards (Dunedin) has 124 points and Cam Rutherford (Kaikorai) 116.

A last-gasp try by reserve hooker Henry Parker helped Taieri retain its unbeaten record in a game at the North Ground that was riddled with mistakes.

Aggressive winger Shannon Young broke down the blindside and threw a long pass to Parker, who scored in the corner.

It was a game that failed to live up to its billing as a top-of-the-table clash because of loose passing, knock-ons, and wrong options for most of the game.

Taieri was lucky to hold a narrow 15-13 lead at the break because Alhambra-Union had dominated the first 20 minutes.

Alhambra-Union held an 8-0 lead after midfield back Kurt Baker made the break that led to the first of fullback Corey McFadzean's two tries.

Taieri capitalised on mistakes and centre Michael Collins put his side on the board when he ran 55m for an intercept try.

A break by second five-eighth Ben Nowell, the best of the Taieri backs, led to a try by fullback Koro Rupene and Taieri led 12-8.

Alhambra-Union took the initiative, with McFadzean and winger Tili Puloka scoring their second tries, to lead 25-18 after 22 minutes in the second spell.

The best Alhambra-Union players were McFadzean, who was dangerous on the counter-attack and aggressive No 8 Matt Kissick.

Green Island blasted to a 17-0 lead in the first five minutes but then took its foot off the accelerator and allowed Zingari-Richmond back into the game at Miller Park.

Powerful No 8 Junior Sala had an outstanding game and made the break for both of Green Island's tries.

He was difficult to stop and had the ability to break the advantage line and set up scoring opportunities for his backs.

The first try came after just 30 seconds when halfback Dean Moeahu capitalised on Sala's break by scooting up the left flank for 40m.

But Zingari rallied and took control in the forwards, with towering lock Tom Rowe dominating the lineout. He made eight clean takes. No 8 Andrew Melville added oomph to the scrum.

Strong tackling by flanker Chris Bell shut down the Green Island attacks and hooker Shota Horie was lively around the paddock.

Zingari's first try came after 28 minutes when Rowe claimed the lineout inside the 22m and first five-eighth Christian Walker broke through.

The strong Zingari scrum was the foundation for the second try seven minutes later when fullback Nathan Napier scored after two phases.

Both sides cancelled each other out in a second spell punctuated by handling mistakes and players choosing wrong options.

Other Green Island players to impress were lock Josh Beer with his covering tackles and first five-eighth Joe Bartlett, who kicked four goals from his six attempts.

Walker played soundly at first five-eighth for Zingari and speedy fullback Nathan Napier added spark on the counter-attack and was safe under the high ball.

Dunedin40Harbour17It was men against boys as the powerhouse Dunedin pack dominated from the start and laid the platform for the win over Harbour at Watson Park.

Dunedin's powerful scrum was too big and strong and gained three tightheads, and lock Martin Swaffield was dominant in the lineout.

The best player in the Dunedin pack was flanker Gareth Evans, who made life miserable for Harbour with his strong running with the ball and his accurate tackling.

Evans, in partnership with No 8 Mark Atkins, made ground with driving rushes upfield that split open the defence.

The best Dunedin back was second five-eighth Jesse Toto with his powerful running.

He scored two first-half tries with the best coming after a 70m run that gave Dunedin a 26-10 lead at the break.

He was backed by powerful centre Tumua Ioane, who was able to crack open the defence to open up scoring opportunities, while fleet-footed fullback Liam Edwards added spark when he joined the line.

Dunedin took the game out of Harbour's reach when flanker Mitchell Zandstra scored after a 15m rolling maul that stretched the lead to 33-10.

The game until then was a match of thrust and counter-thrust, with neither side gaining any advantage, and each responsible for costly errors.

Alapati bagged a brace through some good support play. His first try was set up from a superb break and counter-attack from Hill, and his second was from a piece of housework, after first five Ben Patston rushed a wild pass that spilled loose. Alapati scooped on the ball and raced 30m to score and break a 15-15 deadlock.

As the clock wound down, so too did the Pirates pack. Perhaps it was feeling the absence of No 8 Solomon T-Pole, who is due to leave for South Africa with the New Zealand under-20 squad.

The Southern pack, inspired by the high work rate of blindside flanker T.J. Ioane and lock Sam Gibson, began to gain some ascendancy over the final quarter and kept the game safe for last year's semifinalist.

University A produced its best performance of the season when it overwhelmed Kaikorai at the University Oval.

The students, who led 25-7 at halftime, scored five tries to two and thoroughly deserved their comprehensive upset win.

They dominated the first half and led by 18 points at the break.

They were without the ball for much of the second spell but defended staunchly and took their opportunities on their rare forays into Kaikorai territory.

Matt Faddes was always dangerous from fullback, Sam McLachlan and Brenton Thomson ran hard on the wings and Fassiu Fuatai was a handful at centre, on attack and defence.

No 8 Paul Grant was an outstanding leader of the University pack, Jack Wolfreys and Dale Jordan were tigerish flankers and the tight five, who all played well, were more than a match for their more vaunted opposites.

Kaikorai conceded an early try and struggled to get into the match. Tony Ensor was always a threat from fullback and created and scored two tries and got himself heavily involved but Kaikorai made far too many mistakes, on attack and defence.

No 8 Lee Allen and lock Dave Simpson were the pick of a pack which played well in patches but this was University's day. 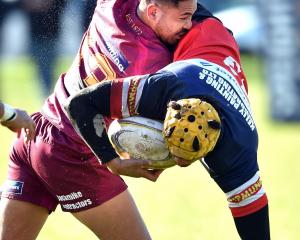 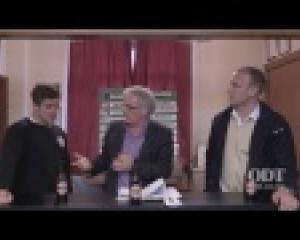 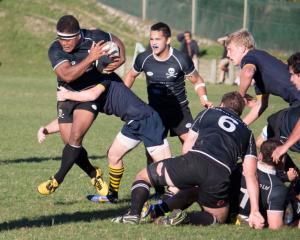 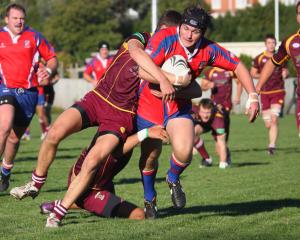 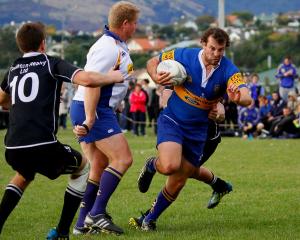 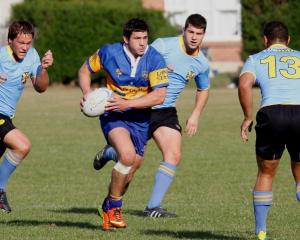 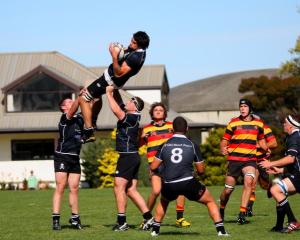 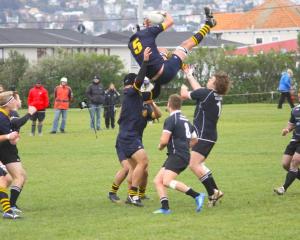 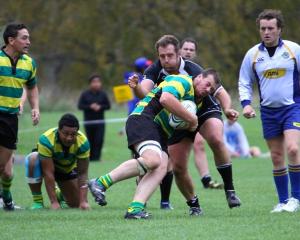 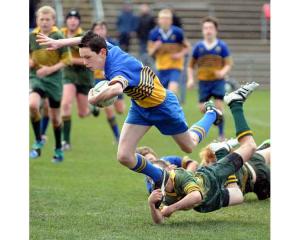 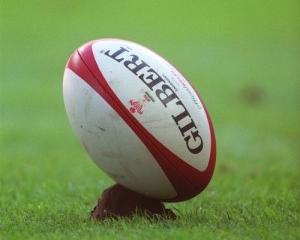