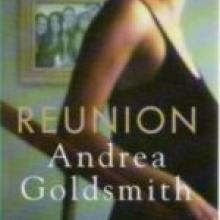 Garry Chronican
There will be more than one clash between international sides in Dunedin this year, as the city hosts the match between New Zealand and Australian schools in October.

The test match will be played on October 6 on Otago Boys High School's home ground, at Littlebourne.

New Zealand Secondary Schools Rugby Council chairman Garry Chronican said the match would be played at Littlebourne as the tradition in recent years was to play the game at a school ground.

Littlebourne was available and would be a great place for such a major game.

Chronican, the deputy principal at Kaikorai Valley College, said the game could have been played at Carisbrook, but the two sides wanted to play the fixture at a school ground and Littlebourne was the ideal venue.

He said playing at larger ground tended to take away much of the unique atmosphere developed in schools rugby.

The game would also be better played as a stand-alone fixture, rather than a curtain-raiser for a provincial game. He said the Otago Rugby Football Union was quite happy to have the game played at Littlebourne.

Though arrangements had yet to be finalised, the Australians were likely to arrive in Christchurch in late September and play two or three games before the match against New Zealand.

These games might be in Christchurch and Invercargill, while the test match will be New Zealand's only test of the year.

Chronican said with only a three-week window because of age group tournaments in New Zealand, the test was the only fixture the New Zealand side could play.

New Zealand last played a schools international in Dunedin in 2001, when future All Blacks Luke McAlister, Joe Rokocoko and John Afoa were in the New Zealand side.

The schools match would be televised live on Sky's Rugby Channel, part of a new venture by the channel to promote schools rugby, Chronican said.

He said 23 school matches would be televised live on the rugby channel this season, including the match between Otago Boys and Southland Boys, to be played in Dunedin next month.

The second year of Highlanders secondary school competition was all set to kick off on April 24.