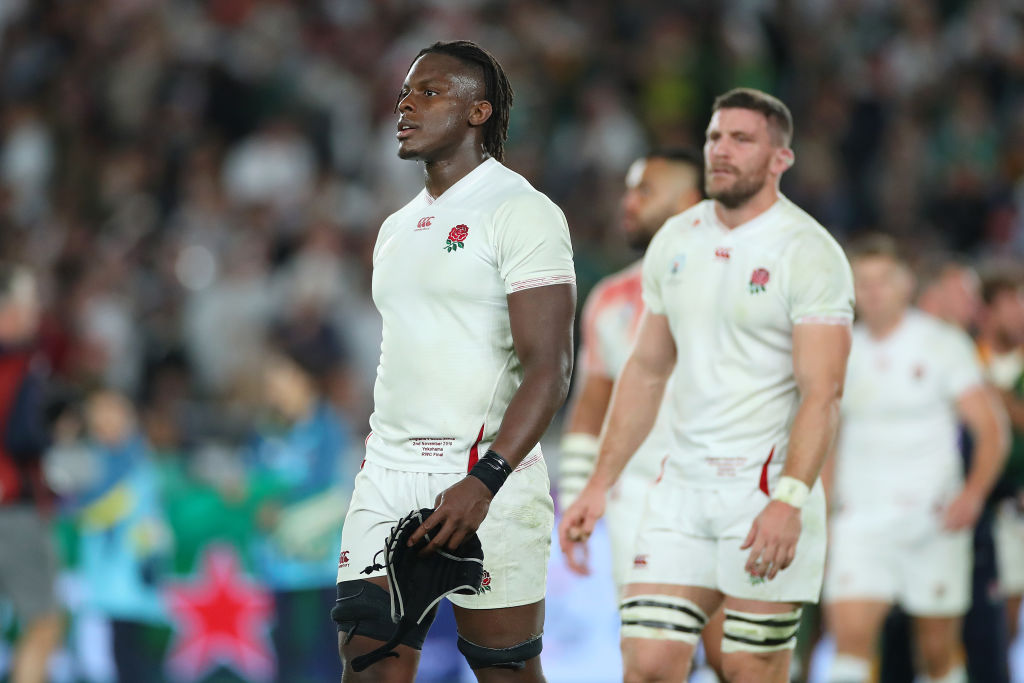 The loss was a heavy fall from grace for England, who last weekend against the All Blacks played with belief, skill and without fear. But last night they were nervous, they second-guessed themselves, and even appeared a little fearful of going into contact.

Star lock Itoje had one of his worst games for England, while giant prop Sinckler ​also had a horror night, going off injured with just three minutes played after appearing to collide with Itoje's elbow.

The duo were labelled 'petulant' for refusing to wear their runner-up medals as they were presented by World Rugby boss Bill Beaumont.

Sinckler allowed Beaumont – a former England and British Lions captain – to place the medal around his neck, but immediately removed it. Itoje, meanwhile, shook hands with Beaumont before gesturing that he didn't want to wear the medal and grabbing it in his hands as he trudged off the field.

The pair came in for plenty of criticism on social media, being called sore losers, petulant, arrogant and "massively disrespectful".

However, Welsh rugby journalist Simon Thomas defended the pairs actions on Twitter, saying their behaviour "speaks volumes for just how gutted England are. They had hoped for so much more."

Sinckler taking his runners-up medal off straight away and Itoje not even putting his on speaks volumes for just how gutted England are. They had hoped for so much more.

England will be devastated. The irony is prior to the tournament reaching the semifinals was considered par. But having crushed the All Blacks, the chokers tag will inevitably be attached to his England team.

England weren't just beaten, they were schooled on the biggest stage. Their third lost final, after those in 1991 and 2007, the latter to the same side, will leave souls crushed.

The Springboks now stand alongside New Zealand as the only nations to claim three Webb Ellis Cup crowns – this adding to their glory in 1995 and 2007.

England coach Jones also removed his medal before the Springboks took to the podium to celebrate with the Webb Ellis Cup.