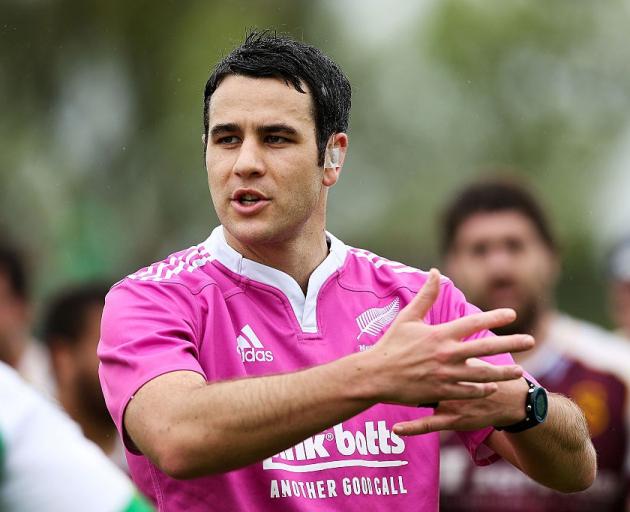 Ben O'Keefe. Photo: Getty Images
He is going to be in the thick of the action tonight in Japan, but it all began for Ben O'Keeffe in Dunedin.

O'Keeffe, the No1 referee in New Zealand, will be the assistant referee for tonight's World Cup final between England and South Africa.

O'Keeffe (30) first started refereeing when he arrived in Dunedin to study medicine in 2008. He did not want to play as he feared he would get injured and it would disrupt his medical studies.

A former head boy at Marlborough Boys' College, he took up refereeing, as his father had been a referee.

His first game in Dunedin was a colts game played at the North Ground.

Coached by Shane Mckenzie, he worked his way through the system and in 2013 made his debut at ITM Cup level, refereeing the game between Auckland and Bay of Plenty.

The following year, O'Keeffe worked as an assistant referee at Super Rugby.

In June, 2016 he made his debut on the international stage and was the man in the middle in the match between Samoa and Georgia. He then took charge of the game between Japan and Scotland a week later, his first match in charge of a top-tier nation.

He will be joined by assistant referee Romain Poite, of France, whose compatriot, Jerome Garces, will have the main job in the final.

Nigel Owens, who refereed the final in 2015, has picked up a calf injury and will not referee this weekend.

O'Keefe is now based in Wellington where he is an eye doctor when he is not refereeing.